This is the first time that the same company has received both high and low volume awards in the same season from the cruise company.

The award was presented to Wacky Rollers on board the M/V Emerald Princess on Tuesday 19th February, during which Princess Cruises recognized high performing tour operators in Dominica for the last cruise season.

These awards are presented annually and are based on passenger feedback over the season under review.

The tours selected are said to provide the cruise passengers with a ‘positive and memorable experience while improving the overall ratings of the destination’.

Wacky Rollers said in 2006 it introduced the concept of a ‘wellness adventure’ tour to the cruise lines.

The company said it recognizes the valuable contributions of all its tour guides, drivers, service providers and the Invest Dominica Authority in making the double award possible.

Wacky Rollers Managing Director, Phillip  Rolle, expressed both pride and deep gratitude at the achievement. “The double awards are particularly significant for us this year as we are still in the process of recovery after the collapse of the Matthieu Dam in July 2011 which almost wiped out the company’s ability to offers tours that very season,” he said. 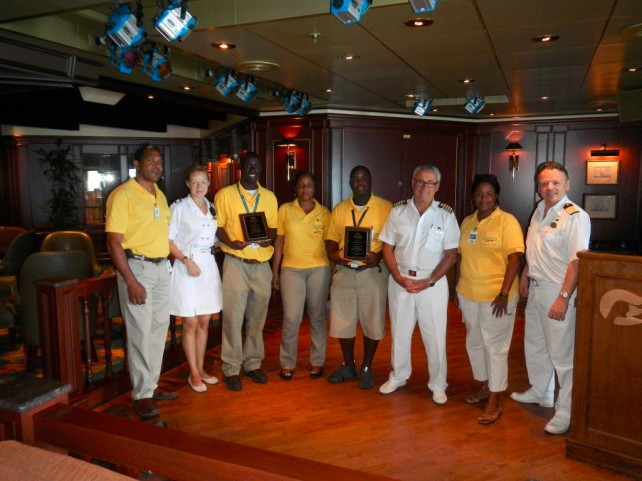