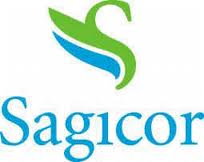 Governments of the Eastern Caribbean announced that they have finalized an agreement allowing for the transfer of the traditional insurance business of British-American Insurance Company Limited (BAICO) to Saigicor Life Inc, a wholly-owned subsidiary of Barbados-based Sagicor Financial Corporation.

In June last year, the governments grouped under the Eastern Caribbean Currency Union (ECCU) said they would provide funding to assist in restoring value to the transferring policies as they sought to deal with the fall-out caused by the financial collapse of the Trinidad-based CL Financial Group that includes the Colonial Life Insurance Company (CLICO) and BAICO.

A statement posted on the websites of the governments noted that following approval from all nine insurance regulators and courts within the ECCU and the Bahamas, where BAICO is incorporated, the transfer of the traditional insurance businesses to Sagicor had been finalized on March 15, 2013.

“As a result of the transaction, over 15,000 former BAICO policyholders have had their policies recapitalised, and are once again able to enjoy their original policy terms and access their insurance benefits,” the statement said.

It said that Sagicor will make contact with each affected policyholder whose policy has been transferred “and to confirm how to continue receiving their policy related benefits, pay premiums and make claims.

“Sagicor has made interim arrangements with BAICO for BAICO branches in the ECCU to provide ongoing customer support to policyholders. This means that BAICO will accept premiums and claims, and conduct other customer services on behalf of Sagicor.”

“Sagicor will also directly contact over an estimated 1,500 persons in the ECCU who are owed historical claim amounts, surrender payments, maturity payments, and bonuses by BAICO in order to make these payments. The ECCU governments have provided funding for these amounts to be paid. Recipients will need to sign an appropriate release as a condition of receiving their payment,” the statement said.

In the case of policy holders who had allowed their policies to lapse for a variety of reasons, the statement said that the governments and Sagicor “will now focus on identifying whether a solution can be implemented for those traditional life insurance policyholders whose policies lapsed between the commencement of BAICO’s judicial management and the announcement of the sale of the traditional life insurance business to Sagicor”.

The business being sold is made up of group pensions and traditional life policies, including universal life, term life and endowment, issued by BAICO in Anguilla, Antigua, Dominica, Grenada, Montserrat, Saint Lucia, St Kitts & Nevis, and St Vincent and the Grenadines. Approximately 17,500 policyholders are expected to benefit from the sale, restoring the policy values for nearly two in every three BAICO policyholders, according to a statement on BAICO’s website.

Sagicor, the Barbadian parent of Sagicor Life Jamaica, is one of the largest insurers operating in the Caribbean region.