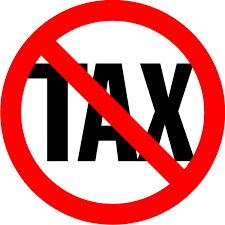 Prime Minister Roosevelt Skerrit has announced that his government has introduced “no new taxes” in the 2016-2017 National Budget, which was presented to the nation on Wednesday.

“Madam Speaker, this Government has introduced no new taxes in this budget,” he said.

Skerrit pointed out that in all studies that his government has conducted, the cost of living continues to be seen as the number one concern of residents.

“Those of you who travel or who shop online, can attest to the constantly rising prices of both vital and luxury items,” he stated. “It must be borne in mind, Madam Speaker, that the Government is not in the business of buying and selling. The reality is that we have maintained as low a tax regime as is practical on vital commodities.”

Skerrit revealed that the government also avoided too many regulations and is encouraging competition among private sector operatives.

“On this occasion, Madam Speaker, this government will again not tamper with our low tax regime. What we will do, however, is encourage consumers to be smart about the choices they make,” he stated.