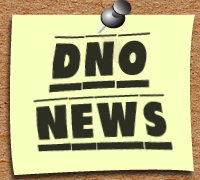 Petro Caribe Dominica has launched what it described as “a new and improved” LPG gas bottle.

“We have ordered a fiber glass bottle that is safer, its non explosive, it is easy to handle and it’s very attractive. The price is attractive. Only $30 and its consistent with the other bottles. They are available throughout the island, from Capuchin to Scottshead, from Delice to Penville,” he said.

Pinard says Petro Caribe has invested several millions of dollars in the Dominican economy through various projects across the country.

He said the company will also continue its social program by providing free LPG bottles to the island’s centenarians and the Yes We Care Programme.

Meantime, the company has officially launched its week of activities to observe health and safety month 2013 under the theme: “An Obligation Not an option”.

The week of activities will be officially launched on Wednesday with an Expo at the Public Service Union building.

17 local companies and one regional company will participate in that event.

Other activities will include a workshop on defensive driving,  a maritime, fire and first aid training and a nutrition and mental health workshop.