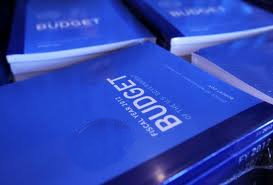 Prime Minister and Minister of Finance Roosevelt Skerrit has announced that a large chunk of the over $400-million 2016/2017 budget will go towards the tourism sector.

He made that announcement while speaking as a guest on “The Real Talk” Program on Kairi Fm on Wednesday night.

He explained that the money is just part of the contributions to the tourism sector.

“That is just a part of it…just for one intervention,” he stated.

He revealed that the government is expected to sign an agreement with the AID Bank and the monies will be available to the hoteliers a day after the budget is delivered.

He pointed out that other areas the government will be focusing heavily on are agriculture and infrastructure and other main priorities of the country.

“We should expect in the Budget that government will be mindful of the challenges that are faced in the country,” he said.

In reaching out to the tourism sector, Skerrit indicated that he will be having a consultation with hoteliers on Thursday (today).