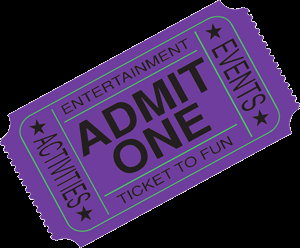 Tickets for the 17th annual Dominica World Creole Music Festivals (WCMF) go on sale this week-end amidst a flurry of activities being organized by the Discover Dominica Authority and the Dominica Festivals Committee in the build up to the grand staging of the festival from October 25-27, 2013 at the Windsor Park Stadium, Roseau.

Patrons looking to take advantage of the special promotional price of EC$250 for season tickets have the opportunity to purchase their tickets from this evening at the first Festival Dwive at Krazy Koconut and during the WCMF Road Show/Ticket Train to Marigot, tomorrow Saturday 28th September.

The first in a series of Festival Dwives will be held this evening at the Krazy Kokonut, from 8:00 pm and will feature performances from Triple Kay Global, Digital Vybz, and Ti Orkest. The other Festival Dwives will be on October 4th featuring Extasy Band, Caribbean Vybz, Nayee and Waitukubuli Dance Theatre Company; October 11th will feature Fanatik Band, Machine Kweyol, Kross Vybz, and Tradibelle Cultural Group; and October 18th with WCK Band, Ruff n Ready, Signal band, and Paix Bouche Drummers.

Meanwhile the season’s first Roadshow and Ticket Train will start from 12 noon and will journey on to Marigot, with the final stop being at Last Flight Bar n Grill in Marigot. This year, the Roadshows will make stops at a major location at the end of each ticket train offering patrons special festival give-aways and prizes and creating a real festival atmosphere in each of these community stops. The other WCMF Roadshows for the season will be on October 5th from Roseau to Grand Bay with a stop at Chez Wutang; and October 12 to Portsmouth with the stop being at Memory Lane Disco in Portsmouth.

Patrons attending the Festival Dwives will in addition to being able to purchase the season ticket at the promotional price of EC$250 have the opportunity of winning nightly tickets to the festival, two (2) boat tickets compliments of L’Express des Iles as well as prizes from the Digicel vault. There will also be special sale on Carib, Heineken Kubuli beers and Dewar’s Whiskey major sponsors of the 17th WCMF.

The WCMF launched its social media promotions last Wednesday on facebook, and the DFC is inviting patrons to go on to win nightly tickets to attend the festival.