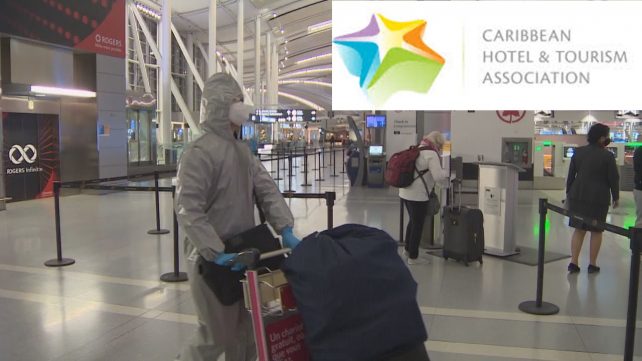 From January 7, 2021, Canada is requiring that all residents and travelers entering from the Caribbean provide proof of a negative COVID-19 PCR test before their planned departure.

But the CTHA said in a statement that the new rules will strain already stressed Caribbean public health systems and cause further damage to the region’s economy.

The CHTA’s Acting CEO and Director General Vanessa Ledesma says this policy is creating challenges and places even greater economic hardship on the people and governments of the Caribbean.

And she says it is also affecting the thousands of Canadians currently in the Caribbean who are scheduled to return home in the coming weeks.

The mere announcement of the policy according to Ledesma, has resulted in a rash of cancellations by Canadians who had been scheduled to travel to the region.

She further observed that it will also further harm the already fragile businesses and economies and keeping more employees from returning to work.

As the policy takes effect, the CHTA she says anticipates many stranded Canadians being unable to return home due to their inability to get tests in the required time.

While CHTA recognizes that the policy is intended to mitigate the spread of COVID-19 in Canada, an objective shared by the association, Ledesma said commitment to the health and safety of residents and travelers is best demonstrated by the COVID-19 protocols and containment measures which are in place throughout the Caribbean.

Ledesma added that this is further reinforced by the low tourism-related transmission rates in the region.