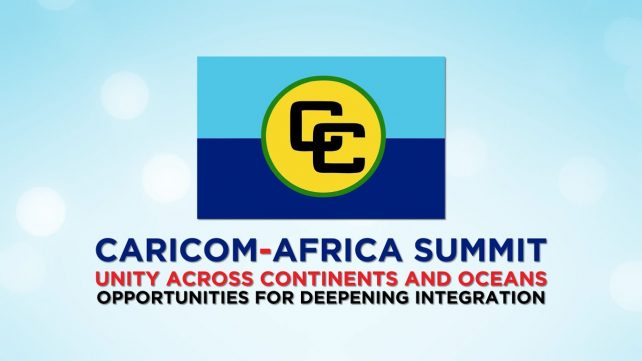 The historic Caribbean Community (CARICOM)-Africa Summit which was held recently will become an annual event, according to Prime Minister Roosevelt Skerrit.

He made the announcement during his weekly talk show on the weekend.

The virtual event which was held on September 7th was hosted by Kenya under the theme ‘Unity Across Continents and Oceans: Opportunities for Deepening Integration’.

.“There was this historic summit which brought the leaders of Africa and the Caribbean together,” the Prime Minister said. “And one of the decisions which came out of the summit is to have an annual meeting of Heads of State and government of CARICOM and Africa.”

He continued, “And this is an occasion we have been seeking to have for a very long time and for some reason or the other it never materialized and so,  we happy that finally it was materialized and we look forward to putting structures in place to allow for greater collaboration and cooperation between the Caribbean and Africa.”

According to Skerrit there has been tremendous enthusiasm and excitement among Caribbean people about this exchange between CARICOM and African leaders.

During the meeting, Heads of State and Government of CARICOM and Africa committed to strengthen collaboration and unity and to foster increased trade, investment and people-to-people engagement between the two regions.

His Excellency Uhuru Kenyatta, President of Kenya, Chair of the Organisation of African Caribbean and Pacific States (OACPS) presided over the summit.