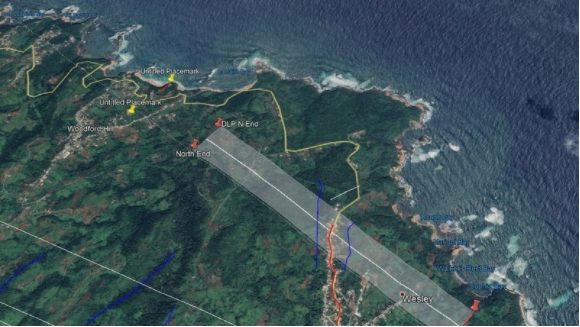 Prime Minister Roosevelt Skerrit has announced that the funds for the construction of the international airport will come from the Citizenship by Investment (CBI) Program.

“We are going to do this airport on our own and this is why we started to save some monies for the airport, then the Chinese Government indicated its willingness to assist us with a significant portion of the construction funds, but COVID-19 came about and like anywhere in the world, China has been impacted,” the prime mister said on his weekly talk show on Sunday night.

He said the Chinese had indicated to him recently that they were planning to send a team, “but I have to take control of the Dominica’s time table.”

“And so how do we go about in financing the airport?” he asked.

Prime Minister Skerrit said his government’s decision to use CBI funds will minimize, if not completely eliminate, the imposition of taxes on Dominicans to help finance the construction of the airport, contracting loans, “and you won’t get concessionary financing for this except if you are getting it from China, but you won’t get financing from any financial institutions for the construction of the airport.”

Skerrit explained that his government intends to use the same financing mechanism which is being used to fund the construction of houses, health centres and hospitals in Dominica, to build the airport.

He further stated that with land compensation, the government is using their own funds and is also leaving an opening for the Chinese government to assist.

The prime minister did not name the developer who will be undertaking the international airport project but Montreal Management Consultants Company (MMC) is the developer which is constructing the houses, health centres and the Marigot hospital under the financing mechanism which Skerrit plans to use to build the airport.

“The people’s international airport must be built with the people’s passport money and there will be no refund of any international construction money to Montreal Management…or any of his [the developer’s] companies,” Linton insists.