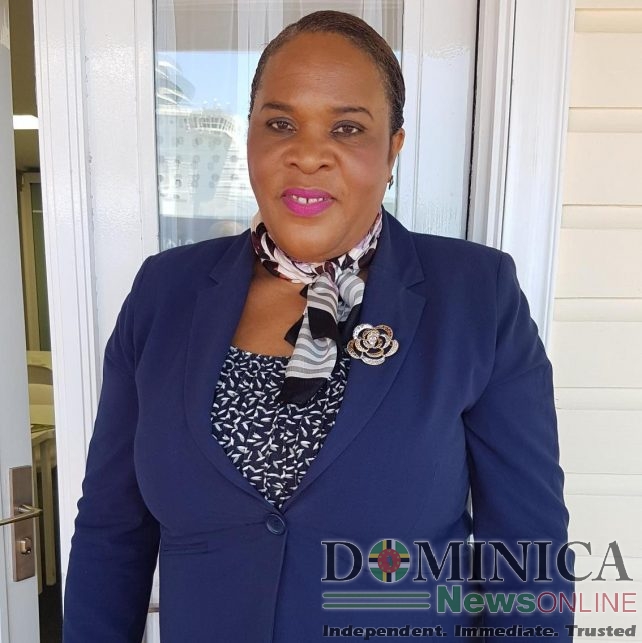 Members of a delegation from the the Clinton Global Initiative (CGI) which is visiting Dominica, say they are impressed by the progress made by the island since its devastation by Hurricane Maria in 2017.

The 13-member delegation arrived in Dominica on April 15 and will be here until April 18, to assess the progress made in the areas of Energy, Agriculture, Tourism and Information and Communication Technology (ICT) in Dominica.

Permanent Secretary in the Ministry of Planning and Economic Development, Gloria Joseph, who was part of the meeting, explained that the purpose of the visit by the CGI delegation was two-fold.

“One was to see what progress we have made since hurricane Maria and they are indeed elated. They can’t believe that we have been so restored. We know we have a long way to go but they are very appreciative of the progress we have made,” Joseph stated. “The second part of their visit was to continue to look at areas in which they could support us on an investment level and on a humanitarian level.”

Joseph said the C.E.O of Digicel Dominica, Nikima Royer Jno Baptiste was very instrumental in organizing the CGI visit to Dominica “because they have partnered with Digicel in reconstructing 6 schools on the east coast particularly in Kalinago territory and Castle Bruce and also ensuring playgrounds and health kits for the students. They continue look at initiatives in the east like aquaponics and other roofing project etc.”

The delegation plans to visit the Ross University site, the five-star hotel projects in the north, the Public Library, the and the Bellevue Chopin Housing Project. They will also meet with the public sector, Non-governmental organizations (NGOs), Dominica Association of Industry & Commerce  (DAIC), Dominica Essential Oil Producers and Climate Resilience Executing Agency of Dominica (CREAD).