Barricades are being placed in front of Police Headquarters in Roseau, in a scene reminiscent of what took place on Monday.

The reasons are unknown but the police could be anticipating protest action after former United Workers Party (UWP) Deputy Leader and Senator, Claudius Sanford, was taken into custody on Wednesday morning.

The police, some in military wear, are also keeping a heavy presence in the area.

Sanford was taken into custody at around 5:30 am from his home in Canefield.

He is the second high-profile member of the UWP to face such action by the police.

UWP Senator, Thomson Fontaine, was taken into custody last Sunday in relations to disturbances in Roseau on February 7. He as released without being charged.

While he was being questioned on Monday morning, barricades were set up in front Police Headquarters.

DNO is following all the latest developments and will publish information as they become available. 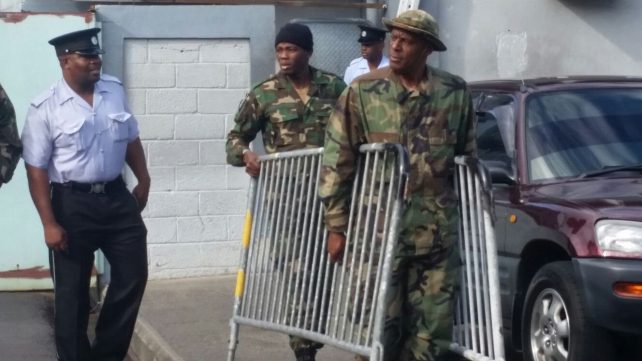 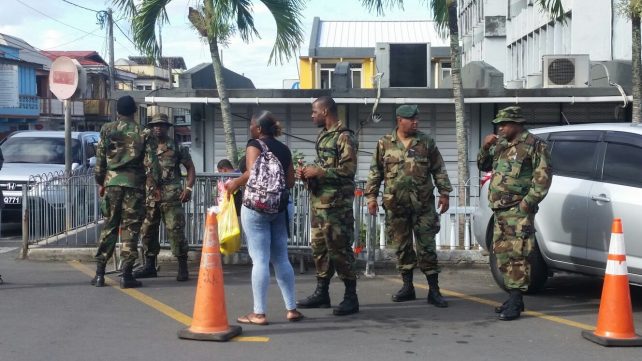