In a statement on Wednesday morning, Blackmoore laid the blame squarely at the feet of the UWP and “its operatives.”

“Ladies and gentlemen, the stage was set by the leadership and operatives of the UWP for the attack on the police, the acts of arson and the targetted destruction of various properties in the city of Roseau,” he stated.

On Tuesday, the opposition parties held a meeting in Roseau to demand the resignation of Prime Minister, Roosevelt Skerrit and his cabinet because of their governance style.

However, some who attended the meeting stayed into the evening after it was over and police were called in to disperse them. The protesters took on the police and soon the disturbances spread through the city. Several businesses were vandalized, roads were blocked and fires were set.

Blackmoore said all of the actions were done by “the mouths, hands and feet of the leadership and operatives of the UWP.”

“Such acts are totally unacceptable,” he stated

He called on churches, civil society and all concerned Dominicans should condemn these acts.

He commended the police in their handling of the situation, saying they were stoned and live bullets were fired at them by protesters.

“They did not use deadly force,” Blackmoore noted. “That is what the UWP and its operatives wanted. That is what they would have liked. It is apparent they wanted some young persons to sacrifice their lives so that the political ambition could have been satisfied.”

He added, “The police demonstrated the highest level of restraint and diligence and managed to stabilize the situation…”

Blackmoore also commended the Fire Chief and his men who responded to “various acts of arson.”

He revealed that a number of people were arrested following the disturbances.

“In one case, a young man was arrested while confronting the police with a 9-mm firearm, ” he noted.

Blackmoore described the violence as “not Dominican.”

“The police will continue to do its assessment of the situation for the express purpose of embarking on the necessary steps to maintain law and order in this country and to bring the culprits, all the culprits responsible to justice,” he noted.

Blackmoore also noted that Skerrit and all members of his cabinet are safe.

He said Dominica “will not go down this road” and the government is committed to building the country “by progressive ideas and putting people first.”

He condemned the kind of politics he said that is being practiced the Opposition Leader and his men.

“It is one that is practiced by the principals of violence, fear and trepidation,” he noted.

In the meantime, he urged all Dominicans to go about their businesses as normal but they must exercise the highest degree of caution. 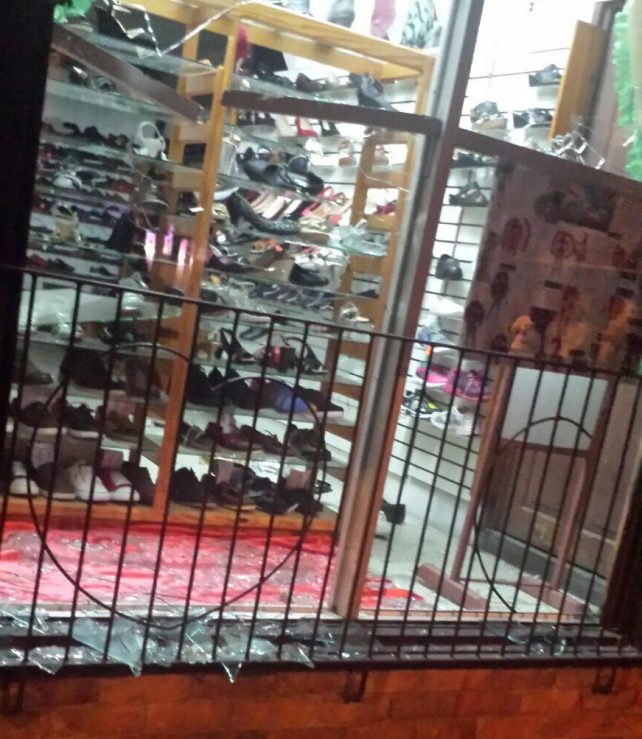