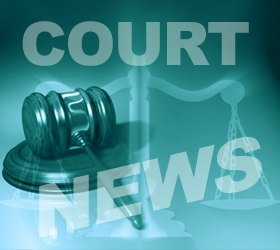 A man held on attempted murder and shooting charges will remain behind bars as Magistrate Candia George refrains from sitting on the matter due to her close ties with the defendant’s family.

Armstrong Drigo appeared before Magistrate George at the Roseau Magistrate Court Thursday morning where a bail application on his behalf made by lawyer Zena Dyer was not considered.

The defendant who is associated with an alleged shooting in June in Portsmouth has been remanded at the Stock Farm Prison since then.

“His brother and I are very close, whatever decision I take; it could be seen as unfair,” Magistrate George told to a persistent Zena Dyer who attempted to make the bail application.

“It is not fair to keep a man in custody for six weeks, even if a person sues the police after, the person would have already suffered so much that money would not be able to compensate for their sufferings.’ Dyer pointed out to the court.

However, other factors are impeding the bail of Drigo. Dyer indicated that she has been attempting to make the bail application in the Portsmouth district but due to the tight schedule of the Magistrate in that district the matter has not been able to be heard there.

When Dyer requested disclosure of the evidence of the matter from the Roseau police, the prosecution objected. “The matter is before the Portsmouth court. It is unfair to come to the Roseau Court and ask for a disclosure,” police prosecution said.

Armstrong is known by the police.  Similar firearm related charges were brought against the defendant in the past.

The trial in this matter is carded for October 4.