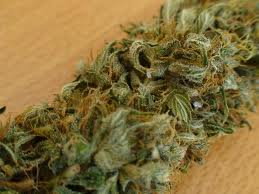 Kurt Pacquette of Fond Cole has until January 31, 2013 to pay $700 or spend two months behind bars after he pleaded guilty to possession of cannabis and possession to supply cannabis.

The police had gone to execute a search warrant at the home of an individual when they ran into Pacquette. He was found to be in possession of the illicit drug, weighing 120 grams.

His lawyer, Darius Jones, in his mitigation plea told the court that although his client pleaded guilty to the charge of “possession with intent to supply” he was “not a professional dealer or grower and had just taken a chance with the drugs.”

Jones told the court that his client was “remorseful and had not wasted the courts time and pleaded guilty from the onset.” He asked the court to be “lenient” on his client who he said was also a “part time farmer” struggling hard to make ends meet in some very hard challenging and difficult times.