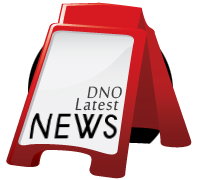 One man is nursing injures at the Princess Margaret Hospital after he was attacked with a cutlass in the Roseau Market on Saturday morning.

The police have confirmed the incident.

Circumstances surrounding the incident are unknown at this time but it is reported that people shopping at the market were shocked by the horrific act.

The extent of the man’s injuries is unknown.

DNO is attempting to get more information on this incident.

On Friday night a man was killed, reportedly after he was attacked with a cutlass in Wotten Waven.