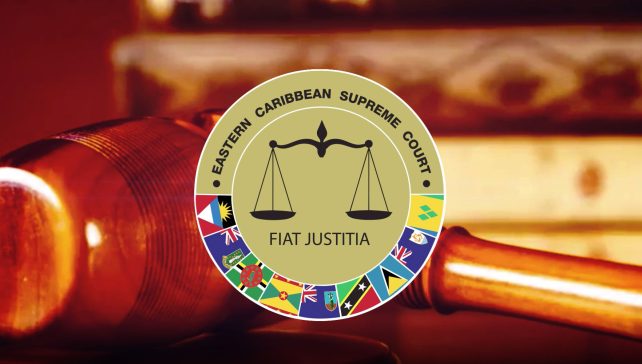 Chief registrar of the Eastern Caribbean (EC) Supreme Court, Michelle John-Theobalds, has said the COVID pandemic has exposed the limitations of the court which has left its stakeholders to reimagine the justice system and the manner in which services are provided to citizens of the Caribbean.

In a press statement, John-Theobalds announced that for the second consecutive year, the new law year for the Eastern Caribbean Supreme Court virtually opened on Tuesday, January 11th at 10 a.m. with a ceremony.

The sitting was held under the theme: “The ECSC: Reimagining the justice system in the era of covid-19 and Beyond.”

She said the court wanted to ensure that it doesn’t miss out on the opportunity to mark this “auspicious occasion” which has been a long-standing tradition.

“This year the ceremonial open will be held virtually as you would know Covid has upended all that we have long considered to be normal and it’s cause the justice system to operate in a virtual environment to a larger degree more than ever. The pandemic has exposed the limitations of our long-standing modus operandi and so the court and its stakeholders have had to reimagine the justice system, the manner in which we provide service in this system to the person’s the citizens of the The Organisation of Eastern Caribbean States (OECS),” the EC Chief registrar explained.

She stated at the ceremony, the Chief Justice of the Eastern Caribbean Supreme Court, Her Leadership Hon. Dame Janice M. Pereira will deliver the feature address at the ceremony. The speaker for Dominica representing the outer bar is Noelize Knight Didier.

The speakers for the ceremonial sitting shared their views and experiences on how they have reimagined the justice system.

“Through the assistance of our media UWi TV, the special sitting to commemorate the opening of the law year will be a pre-recorded production with the feature address being given by the Chief Her Leadership Hon. Dame Janice M. Pereira, followed by nine other speakers from the inner and outer bar.”

John-Theobalds noted that each speaker represented a member state and territory of the OECS, which is the Court’s Jurisdiction.

The production was broadcasted on UWI TV, but it can also be viewed on YouTube. The link can be obtained from the Courts website at www.eccourts.org.