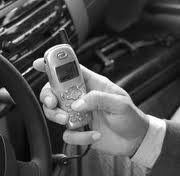 The use of cellular phones while driving is among measures that could be outlined in a new Road Traffic Act for Dominica.

Superintendent of Police Yvonne Alexander told the launch of local activities on the Decade of Action on Road Safety at the Arawak house of culture on Friday that Dominica is looking to strengthen its Road Traffic Act.

She said the limitations of road safety in the current legislation are being reviewed.

“Among the areas that the UN is particularly interested in is in limiting speed, reducing drunk driving, increasing the use of seat belts, car seats and proper restraints for children and bicycle and motorcycle helmets. We do have laws in place for all of these but our challenge however, is that there are some limitations in the current legislation which is being addressed because there is a new draft legislation which we hope will address all of these challenges including cell phone use which is not currently in existence under our legislation,” she said.

She noted the great challenge of the police force is trying to impress upon drivers that they should take responsibility while on  the road.

“The police will always be limited. We will never have sufficient police officers to have on every street,in every community so the fact that there isn’t a police officer looking over your shoulders should not mean you cannot take responsibility for ensuring your safety and safety for others,” she said.

She says although there is an absence of speed limit signs in Dominica persons must drive responsibly.