The police say they have recovered and seized 12 firearms and ammunition in a barrel at Wood Bridge Bay Port.

They say the items were in a barrel containing groceries and came to Dominica from the United States.

At a press conference on Friday morning, police chief Daniel Carbon said the seizure was made by the police working in conjunction with United States law enforcement, which he said has been going on “for some time.”

He said the seizure was made during an operation on by the police on Friday, September 30. He stated that the barrel stayed for two days on the port before the police operation.

He was tightlipped on the state of the investigation but when questioned, he said the police have an idea who they want in the matter.

“We know who we are looking for,” he said. “We are in pursuit of persons who we think will assist us in the investigations.”

Additionally, three magazines of submachine gun rounds – one seven round, one 12 round, and one 29 round – were taken by the police. 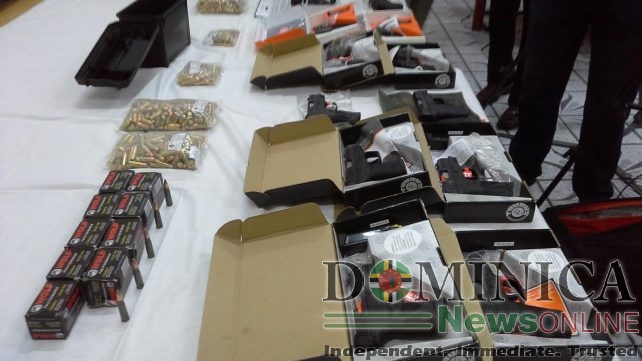