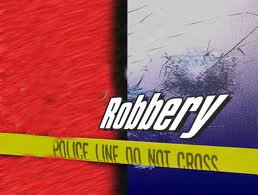 The veteran business man said the robbery occurred at about 7:30.

Winston pointed out that the robbers took “a few hundred dollars, which is significant considering the general turnover of that particular area.”

He is now calling on parliament to intervene in an attempt to stem the rise of robberies which has plagued the island in recent times.

“Parliament has to sit because the commercial sector on a whole is being affected,” Winston said. “Bail across the board should be changed. I am of the strongest opinion that in a lot of the crimes, there’s a recurrence by the very same personalities.”

Winston noted that increased security surveillance may not be viable for most businesses, considering their profits, and is adamant that Dominica must review its granting of bail.

In October several well-known businesses were robbed including J.E. Nassief on Goodwill Road, McMillan Gas Station in Roseau, the Coca Cola outlet in Fond Cole and the Wade Filling Station in Portsmouth. In November the HHV Whitchurch outlet in Portsmouth was also robbed.