Six persons from the community of Salisbury appeared before Chief Magistrate Candia Carette George on Tuesday charged under the “Riot Act”.

They are alleged to have refused to disperse when told to so do on May 11, 2015 while hundreds of villagers staged a protest action by blocking roads to get the attention of the government to repair feeder roads in that farming community.

The road was eventually cleard by the police using tear gas.

The six were arrested on June 11, sparking another round of protest action, and were taken to Police Headquarters where they were granted bail.

They are represented by a battery of lawyers including Zena Dyer, David Bruney, Joshua Francis, Cara Shillingford and Ronald Charles.

They did not enter a plea because the matter is an indictable one.

After reading the charge which was amended and laid indictable, Charles expressed his “disgust and disappointment” that the defendants were served in the “precincts of the court” which, he said, is contrary to the spirit of the law.

However, it was the submissions of Francis which raised many eyebrows as he asked the court “strike out the charges” since they were “inconsistent with the Riot Act.”

He told the court, that the provisions of the Riot Act clearly speak of “12 people or more” and only six people were arrested.

“The court must interpret the Constitution … and so the face of the charge is defective and should be struck out,” Francis stated.

Francis went on to explain to the court that his understanding of the Riot Act is that 12 persons must be charged.

Carette George pointed out to Francis that he “may have a valid point” but six were brought in and she has a different perspective on the matter and she will not dismiss the charges.

She also said that she would excuse herself from the matter which will now be before a different magistrate in St. Joseph on October 27, 2015.

No conditions were given for their bail.

A large crowd of family, friends, supporters and well wishers gathered outside the courtroom and were extremely noisy when the group was released amid a strong police presence. 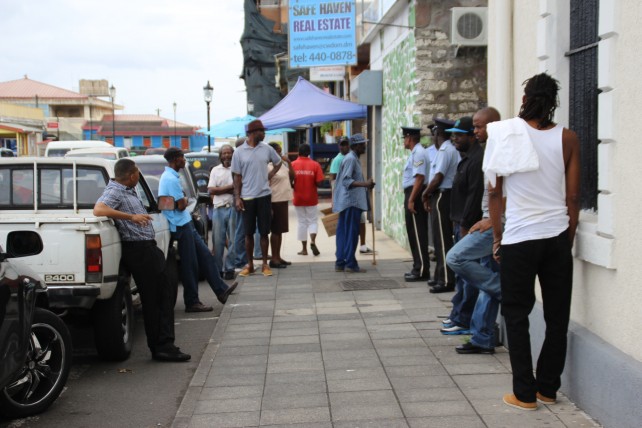 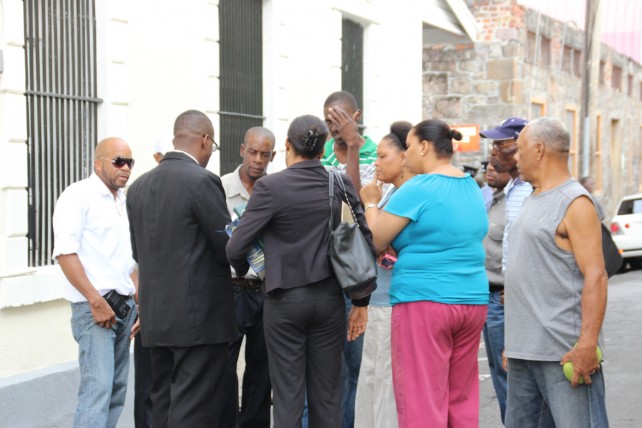 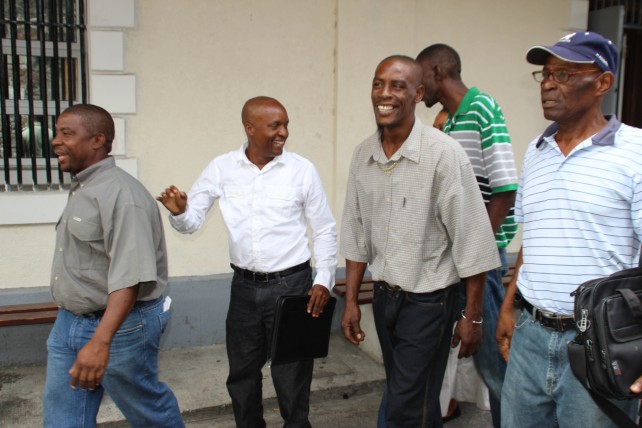 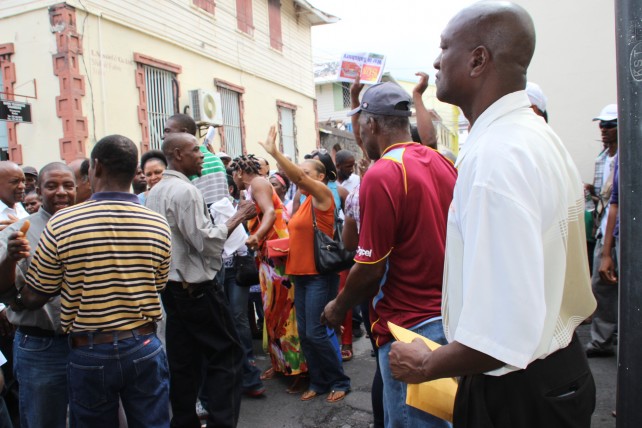 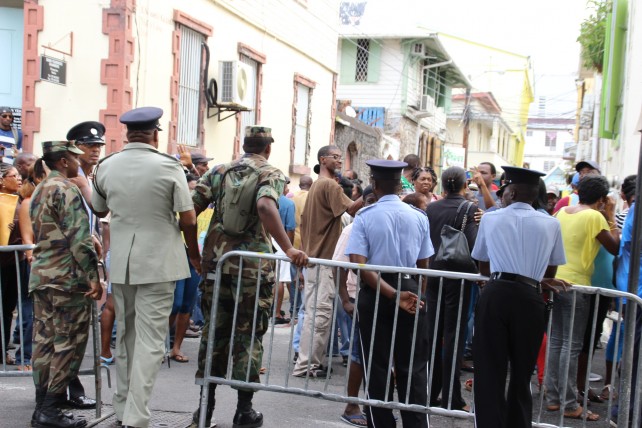 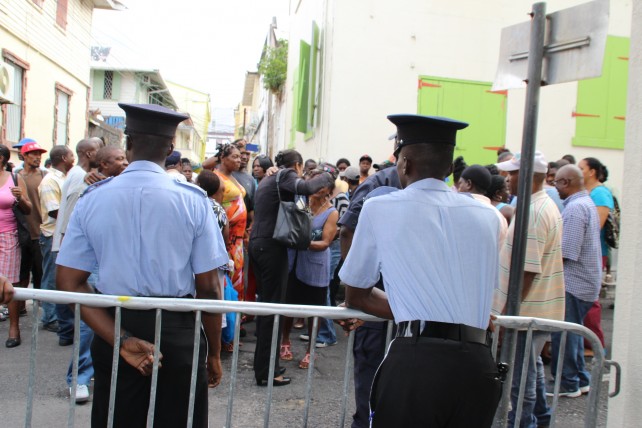 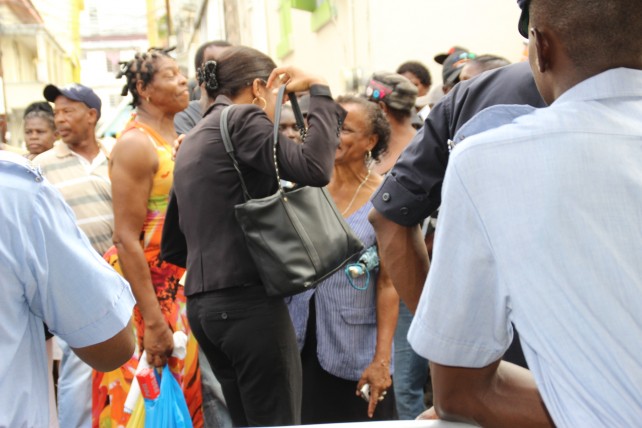