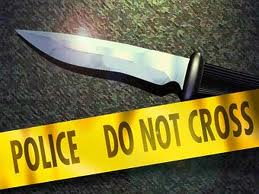 One man is in hospital and another is in police custody following a stabbing incident in Dublanc on Sunday.

This is due to multiple stab wounds he sustained to his back during the incident which occurred on July 7 at about 6:30am.

One man from the village in police custody and is being questioned in connection with the stabbing.

Investigations are continuing, according to Inspector Carbon.