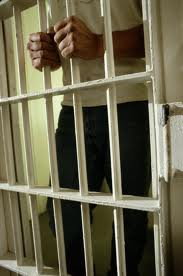 An inmate at the Stock Farm Prison has brought up allegations of abuse and another pointed to negligent supervision at Dominica’s only prison.

The inmates made the allegations when they appeared before Magistrate Evalina Baptiste at the Roseau Magistrate Court this morning.

One inmate alleged that he is being housed in a cell near a septic tank where he claimed the scent of feces is unbearable. He further claimed that feces and urine can be found on the floor of the cell where he is kept.

“He took me from my cell and bring me down there because we were smoking cigarette in the cell,” the inmate said of the alleged maltreatment by one prison officer. He claimed the prison officer has “sore feeling” against him.

The complainant described the cell he was placed in as a “poopoo hole.”

Another inmate raised concerns about the lack of proper supervision by prison officers.  “There were two fights in the prison yesterday,” the inmate claimed, pointing out that one took place in the Remand Centre where a man was wounded and left bleeding on the floor.  He claimed another fight took place on the Basketball Court.

Magistrate Baptiste told the inmate who claimed he was abused to tender his complaints in writing.