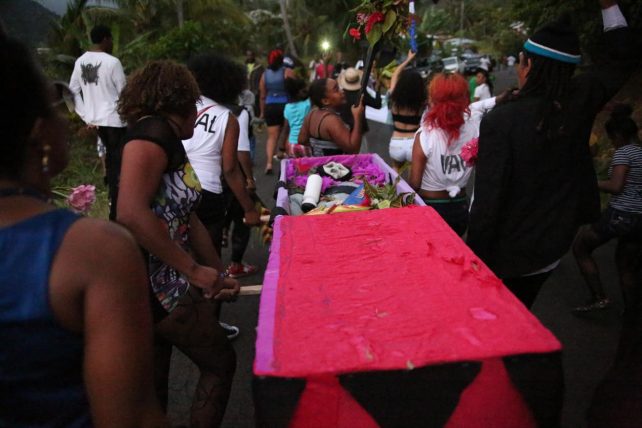 The 2017 Carnival season officially ended with ‘Tewey Vaval’ in Bataca in the Kalinago Territory on Wednesday evening.

The event began with a parade of a fake coffin containing ‘Vaval’ to the beating of drums.

When night fell kerosene torches (bouzai) were lit while the parade continued.

Finally, the coffin was burnt to ashes marking the end of the Carnival.