London, England – The seven community associations of the Commonwealth of Dominica have this year come together to celebrate the island’s 33rd anniversary of independence. The 2011 theme “Celebrate 33 – Joining Hands in Unity” has been turned to reality as an unprecedented number of Dominican associations, all based in London, have joined forces to organise the celebrations.

Following on from a well-attended and uplifting Commemorative mass held last Sunday 30th October at St. Antony’s Church in East London, the Associations have organised a grand official Independence Anniversary Dinner & Dance under the auspices of the Dominica Natural Disaster Fund and the High Commission of Dominica; the event will include traditional Dominican music and entertainment. The Dominican community and friends in the UK and all other islands are promised a wonderful celebration.

Dominicans arrived in the UK primarily in the 1950s to 1970s and established small local groups on an almost Village oriented basis to provide much-needed facilities for maintaining links, sharing experiences and developing community cohesion. They were both a strategy for survival and a way to make a contribution to their families here in the UK as well as in Dominica. The registered Associations sprang up mainly after 1970s and particularly following Hurricane David in 1979, which devastated the appropriately styled “Nature Island of the Caribbean”.

The last four decades have seen many attempts to formalise co-operation in the form of the Dominica National Council and latterly from 1999 the Dominica Natural Disaster Fund (DNDF). The DNDF now provides a forum for all Dominican Associations and Groups to consider preparedness for and in the aftermath of natural disasters, to which Dominica is prone. The latest example was last month when the heavy rainfall associated with Tropical Storm “Ophelia” caused widespread flooding across the island.  The DNDF’s objects are being formally extended to include socio-economic development and associated strands such as the youth, elderly, education, culture, arts, etc.

Now that the UK voluntary community sector is undergoing change – due to the economy, lack of resources, diminishing membership and uncertainty about future – the Dominican associations are too responding to these developments by coming together to support and celebrate.

The grand Dinner and Dance for Dominican nationals and friends will be held at Krystel Banqueting on the High Road Ilford on Saturday 5th November from 8.00PM to 5.00AM. In appreciation of current economic conditions, the Caribbean Dinner will cost a modest £35 with £15 for the Dance only.

The DNDF member Associations include: 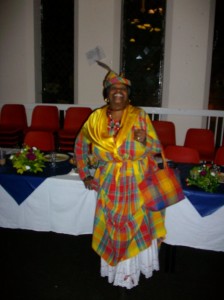 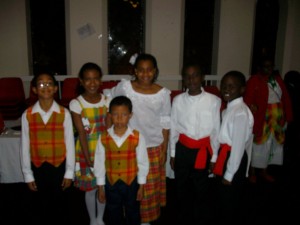