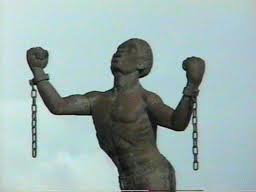 Four Golden Drum Awards and five Special Recognition Awards will be presented at the Golden Drum Awards Celebrations as part of the 2011 Emancipation Celebrations this year. Awardees will be Paulette Prosper for her contribution of the development and preservation of church and folkloric choral music, Dereck ‘De Hunter’ St. Rose, for his contribution to the development and promotion of the Calypso art form, Davis Marcellin, for the preservation and promotion of Dominican Oral Traditions and Marcel Cruickshank for his contribution to sound engineering.

Special Recognition Awards will be presented to Davidson ‘Observer’ Victor, and Cecil ‘Checker’ Burnett for the promotion of calypso, Julian L. Benjamin for consistent involvement in the performing arts, Marcia Baptiste for Carnival Queen Pageantry, and Sakis for the preservation and promotion of Carnival Arts.

The Golden Drum Awards ceremony and Concert will be staged at the Arawak House of Culture on Wednesday 27th July. Some of the performers contributing to the sizzling show package to be presented, will be the Sisserou Singers, the Waitukubuli Dance Theatre Company, Petite Savanne Cultural Group, De Hunter and the Paix Bouche Drummers.

The Emancipation Celebration programme begins on Saturday July 23rd with Emancipation Vibrations, a show of song, dance and drumming to be staged at the Wesley Basket ball Court and beginning at 6pm

On Tuesday 26th July an Art and Craft Exhibition will open at the Old Mill Cultural Centre at 7pm. Submission by local artists and craftsmen will be on display.  The Emancipation Exhibition will be held over till the end of the month.

The Emancipation Hike organised by WEF in collaboration with the Division of Culture will give hikers the opportunity of walk segment 13 of the Waitukubuli National Trail on Saturday 30th July.

The Nature Island Book Fair and Literary Festival at the UWI Open Campus from August 5th to 7th will bring down the curtains on the 2011 Emancipation Celebrations.  A number of distinguished writers are expected to be a part of this literary Exposition.