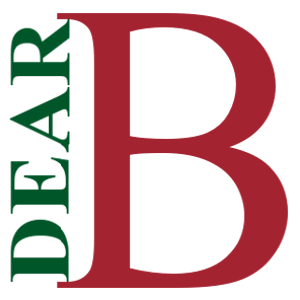 Some months ago, I helped out a female friend of mine with some money to get new clothes and stuff for a job that she was starting. I was very happy to help her out.

I took the money from my savings and informed her that I was trying to gather it up for a particular thing. We both agreed it was a loan.

She said when she received her first paycheck, she would refund me. I told her she can pay me back on her second salary because she had just started working.

It just so happened that during the holidays she visited me and we ended up being intimate.

We knew each other a very long time ago and neither of us has steady relationships. But we are not really that into each other so we never hit it off.

We just remained friends but we had some drinks and fruit cake and that went into our heads I suppose.

In the second month, I asked her for the money but she told me I would get it on the 1st of January. I agreed, although that wasn’t the initial arrangement.

Anyway, when she came by my house on New Year’s night, I thought that was what she was bringing for me but that wasn’t the case.

Monday -three days later- I asked her for that money because several days had passed but she told me she wasn’t giving me the money because she thought she paid me already.

I don’t understand that language. That wasn’t the arrangement. Should I just leave her with the money? Or should I take further action? Because Bella it was well over $1000 and I honestly need my money.

Somehow, I believe that whatever response I give, some people may be offended. I am taking my chances anyway.

I agree with you when you say a loan is a loan. I understand too that sometimes, when women are intimate with a man, any money that he would dish out isn’t considered loans.

But your situation is different. That money was loaned even before you and this woman became intimate.

I believe she should own up to her financial responsibility and let the onus be on you to decide whether you would in fact take it all or give her back some of it.

It seems to me that even after being intimate you want your money. It also appears that she thought the intimacy was payment enough.

If you can do without the money, then leave it alone. This doesn’t mean, however, that you don’t have to tell her how you feel and guard her against such practice.

But if you need your money, there is nothing preventing you from pursuing it by whatever means you believe will be successful.