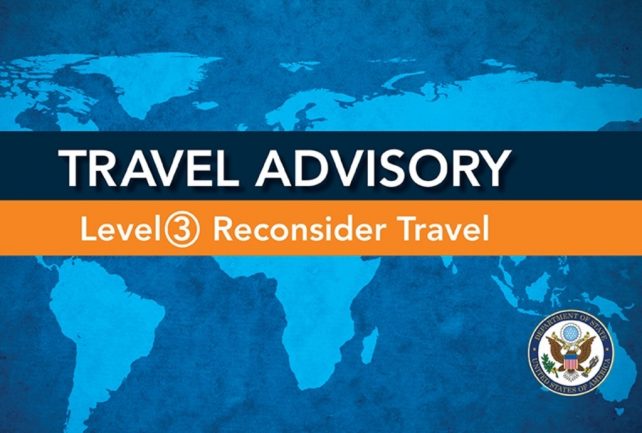 The Dominica Hotel and Tourism Association (DHTA) has joined efforts to have a travel advisory, issued by the US Embassy in Barbados, asking citizens to “reconsider travel” to Dominica, discontinued.

The advisory, which was issued on August 6, 2020, cited concerns over health and safety measures related to COVID-19 and urged
caution due to civil unrest.

“It is the view of the DHTA that the advisory is outdated and does not reflect the true state of affairs in Dominica. It fails to take into account the successful containment of the spread of the Coronavirus mainly due to the efforts of a well-coordinated Primary Health Care system,” a DHTA release states.

The release adds, “Through the foresight of the Government and diligence of private sector stakeholders, specific travel protocols have been developed and launched.”

It goes on to state that tourism authorities have also certified several accommodations as well as taxi operators and other tourism service providers.

“Service providers have gone through rigorous training and are strictly adhering to guidelines that
promote clean and safe service delivery,” the DHTA has reported.

The association says it believes that the work done to contain the virus in Dominica should be
acknowledged and touted as an example of good practice.

“If the advisory remains in effect it will continue to have an adverse effect on our tourism economy and the livelihoods that are dependent on it,” the DHTA contends.

Shortly after the travel advisory was released in early August, Prime Minister Roosevelt Skerrit called on the US to “stop the ignorance” about Dominica as it relates to COVID-19. Pointing out that Dominica was one of the top countries in the management of COVID-19, the prime minister described the US action as unfortunate and said he hoped that country would resolve it.

The Dominica Association of Industry and Commerce (DAIC) announced recently, after DAIC then-president, Kenny Green, met with the Political Officer of the US Embassy in Barbados, that the United States was expected to issue an updated Travel Advisory to reflect a more recent profile of the success of Covid-19 management in Dominica.

However, to date, the US Travel Advisory for Dominica on the US Embassy’s website has not been modified.