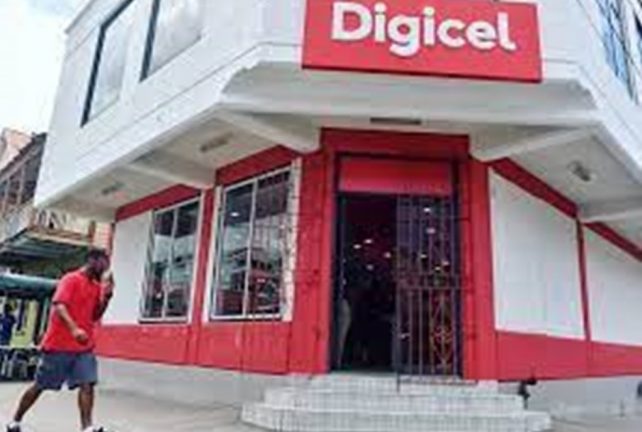 Customers of Digicel Play are expressing concern over a recent rate increase from the company, which many say came with no prior notice.

Speaking to Dominica News Online (DNO), the irate customers revealed that on arriving at the Digicel retail store to pay their bills, they were all individually informed of an EC$10.00 increase to their bundle service while customers with broadband service only, were told of a five-dollar increase.

“After staying in the line for over 30 minutes on Tuesday, to pay the bill, I was informed that I did not have the sufficient amount and that the service had been increased by ten dollars,” said Eileen Prosper. “ I asked the young lady why and she said it’s because of an upgrade to the service.”

According to the Digicel customer of three years, neither she nor her daughter, whose name the bill is listed under, received any prior notice of this increase. She is calling on the company to be more transparent when such action is taken in the future.

‘My radio is on 24/7, from Monday to Friday. Digicel has a programme on the radio; you mean to tell me they could not have made the announcement before? This is absolutely unfair that we, the customers, were only informed after the fact,” she lamented.

Several other customers who spoke to DNO have also raised similar concerns.

According to a Mr. Sablon, who revealed that he was also informed of the increase when he went to pay his bill, the likelihood of him disconnecting his services within the next 30 days is inevitable.

“It’s unfair what these companies are doing to us. You can’t just decide to increase the bill and say it’s due to an upgrade and not give me the option of choosing if I want to upgrade my service or not. They said they were done within the month, but to be honest, since I’ve gotten the service, within the past 30 days, it’s the worst that it has ever been,” he complained.

He further stated, “while ten or five dollars may not seem like much to them, things are hard in this country and everywhere we turn one company or another is raising our bill. So I will certainly be disconnecting the service and looking for something more economical.”

DNO tried to get an explanation for the rate hike from the Chief Executive Officer (CEO) of Digicel Dominica, Nikima Royer Jno Baptiste, but her only comment so far is, “I am contemplating putting out a statement.”

However, we spoke to another senior employee who confirmed the rate increase.

The employee who spoke to our team on condition of anonymity, cited improvement to the service as the cause and noted this was done in other regional markets.

“So for our local customers, we’ve increased our internet speed tremendously. So those who had 10 they’ve been upgraded to 20 Mbps, those who had 20 now moved to 40 and those who enjoyed 50 can now enjoy 70 Mbps,” the Digicel employee stated.

Our team was also sent a notice from the company’s website https://www.digicelgroup.com which confirmed the news accompanied by an increase in broadband speeds and the migration of customers to the new plans.

“Over the past year, our Digicel Team has been working around the clock to support our customers’ rapidly changing needs as they moved to work-from-home and homeschooling. As you can imagine, customers now require even more reliable and powerful internet, with a wider range of entertainment products that complement their new digital lifestyles,” the notice stated.

It went on to highlight, “As we continue our improvements, it has become necessary to make some adjustments to our existing rates to meet the increased costs that come with providing these enhancements.”

On the company’s website, the lowest subscription bundle for local customers now starts at EC$ 125 and the highest priced at $210 inclusive.