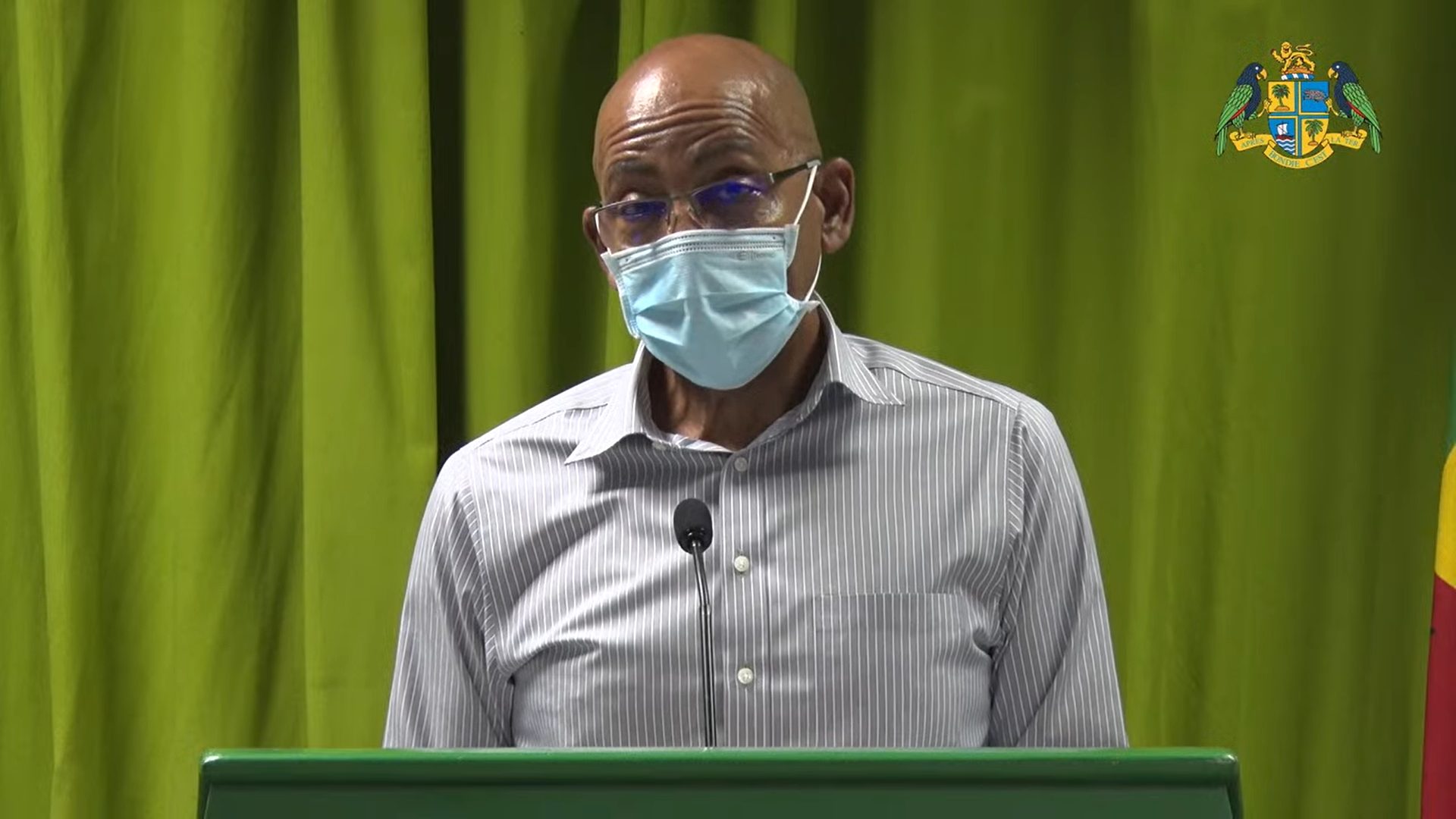 Dominica has recorded its 16th case of COVID-19.

“We got a new positive today and as we speak, we have our health teams tracing and contacting all the persons associated with that new case,” Minister for Health, Dr. Irving McIntyre stated at a COVID briefing on Thursday evening. “They will do it all through the evening, all  through the night to make sure we can swab every single contact of this new case.”

The minister also said that as of today, four more patients who all tested negative twice during the last 24 hours, would be discharged from the St. James COVID hospital in Portsmouth.

McIntyre said that at the Princess Margaret Hospital, there’s also one patient whose first COVID test has come back negative and if the second test which is expected tomorrow, is negative, that patient will be discharged.

The video of the COVID-19 briefing by the Ministry of Health is posted below.