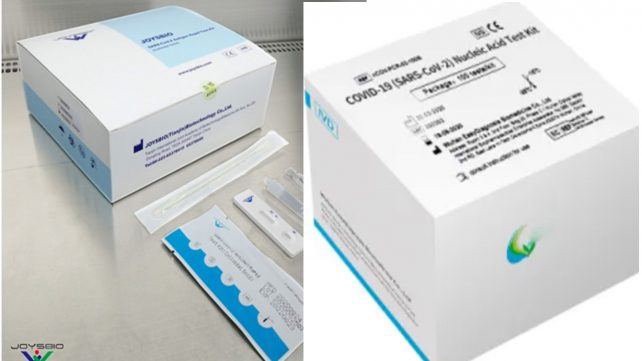 The Government of Dominica has received a donation of PCR and antigen test kits amounting to US$1.6 million courtesy of the Government of the People’s Republic of China.

The announcement was made by Prime Minister Roosevelt Skerrit.

According to the prime minister, this gift comes at a timely moment and will now place Dominica in a more comfortable position to continue in its very aggressive testing island wide.

“This is a huge donation and it just tells you how costly this exercise is,” he stated.

He said on an average, a rapid antigen test kit will cost in excess of US$20 and a PCR test kit costs about US$100, “and we are providing these tests to our citizens at no cost to them.”

He thanked the Chinese Government who he said have been with Dominica from day one, “in providing us with significant support.”

Skerrit revealed that his government will receive 46,500 doses of the Pfizer vaccine, a donation from the United States Government.

“Everything is in place for the roll-out of the Pfizer vaccine in Dominica,” he stated as the freezer which was needed for the storage of the vaccines has arrived, was tested and is working very well.

“The staff is in place and the schedule has been drawn up to roll-out the Pfizer vaccines when they come…,” he noted.

The Prime Minister said his government is coordinating with the United States Embassy on the date of arrival which will be anytime soon.