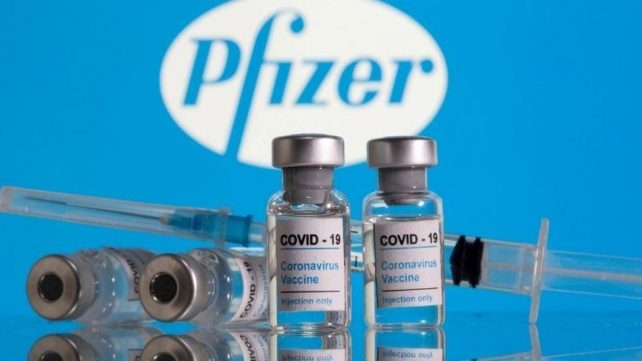 Dominica is to benefit from a donation of Pfizer vaccines from the United States Government to further help in the fight against Covid-19.

The country is also receiving a similar donation from the United Kingdom.

These donations coincide with an increasing number of Covid-19 active cases in Dominica. The latest statistics from the Ministry of Health put that number at 738.

“We have gotten a donation from the United States Government and I want to thank President Joe Biden and the US Government for their donation of Pfizer vaccine which will arrive here in the next few days and we will roll it out immediately after receiving it,” Prime Minister Roosevelt Skerrit said during an interview on Kairi FM on Wednesday.

According to a US Embassy release, the US Government has gifted the Caribbean Community (CARICOM) 5.5 million doses of the Pfizer vaccine. This donation to the region is part the United States’ world-wide distribution of 80 million doses.

The vaccine gift follows months of discussions between the U.S. Department of Health and Human Services, Pfizer, the Caribbean Public Health Agency (CARPHA) and the CARICOM Secretariat.

Fifteen (15) CARICOM Member States, according to the release, will receive the much-anticipated Pfizer vaccines, with 1.5 million doses being allocated to Haiti and the other 4 million doses for distribution among 14 CARICOM countries.

The donation also includes 3 million ancillary kits containing needles, syringes, diluent and other supplies which have already been received.

Prime Minister Skerrit described the gift as timely and says his government appreciates it very much “because they are advising that it can be administered for children between 12 and 17.”

“And so the Minister of Health, we are looking at it and very soon, the Ministry of Health will articulate a vaccine roll-out for this age group as well, extending the number of people who could be vaccinated and protected from this deadly virus,” the Prime Minister stated.

He reiterated that the key to fighting Covid-19 is vaccination and following the protocols.

Meanwhile, on Friday August 6, Dominica received 12,000 doses of the Oxford AstraZeneca vaccine, made by Oxford Biomedica in Oxford and packaged in Wrexham, North Wales.

The donation to Dominica is part of nine million Covid-19 vaccines that the United Kingdom (UK) has begun delivering to countries around the world which include – in addition to Dominica – Antigua and Barbuda, Grenada and St Vincent and the Grenadines.

Dominica News Online (DNO) tried several times to reach the Health Minister and Chief Medical Officer to ascertain the overall status of Dominica’s stock of vaccines but our efforts were unsuccessful.