Jahhym Azoo, the seventeen-year-old from Massacre, who was violently attacked in Antigua and Barbuda several days ago, has undergone surgery at the Mount St. John’s Medical Center (MSJMC) over the weekend in an attempt to save his life.

His mother, Odiel Furlong, confirmed that three doctors from Trinidad & Tobago performed the operations on the teenager who has been unresponsive and on life support in the hospital’s Intensive Care Unit since Thursday of last week.

Doctors had given him a 50 percent chance of survival due to bleeding on his brain.

However, on Sunday morning, an operation was done to his head whereby doctors were able to successfully control the bleeding on his brain.

Then, late yesterday afternoon, he underwent another surgery in an attempt to repair the severe injury to his face.

Azoo was walking home last week Thursday night when he was severely beaten and robbed by a gang of muggers.

It is reported that five young men attacked him and tried to rob him of a pair of Adidas slippers and his cellular phone.

When he resisted the attack, the robbers reportedly beat him to the ground stomping on his face repeatedly before fleeing.

No one has as yet been arrested for the crime. 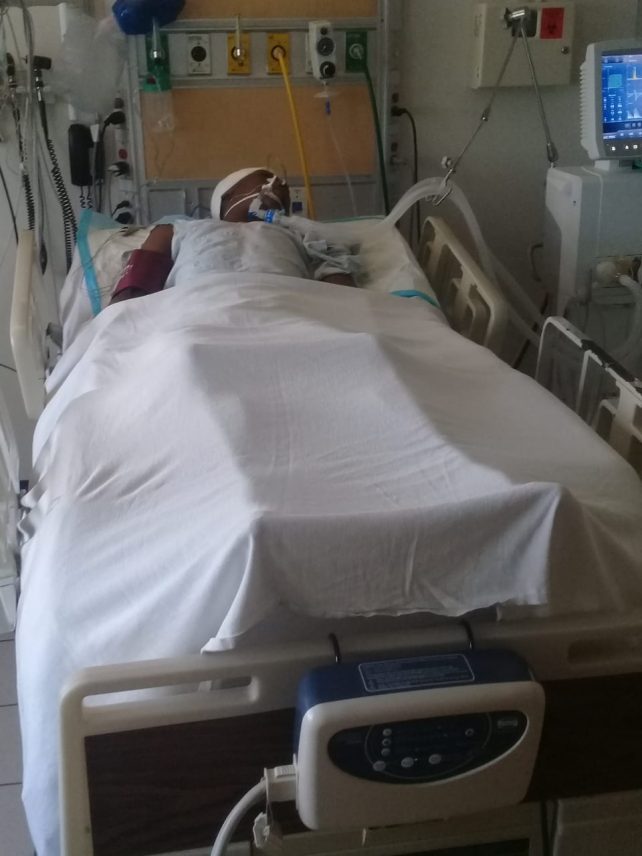