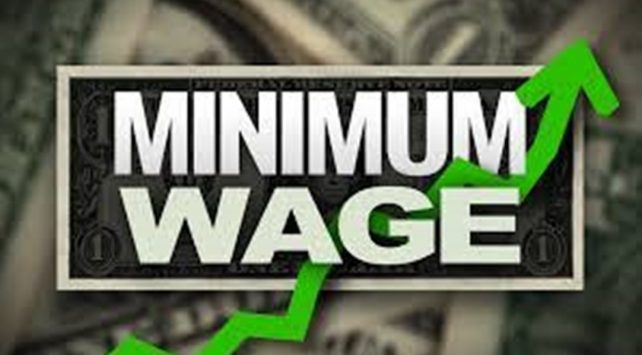 If the Dominica government accepts the recommendations of a tripartite committee, most categories of wage earners in Dominica could be in line for an over fifty percent increase in pay.

The committee, consisting of representatives of the private sector, the government and the unions, was appointed in 2019 to review the minimum wage and to make recommendations to the minister responsible for labour.

The committee’s recommendations were presented to the government some months ago and Dominica News Online (DNO) has learned that increases ranging from 25% to 50% have been proposed for nine (9) existing categories of workers while five new classifications have been recommended. The recommended rates range from $5.00 to $9.00 depending on the category. The committee also recommended that the minimum wage should be reviewed every three years. (The full list of recommended rates from the committee is posted below).

Dominica’s minimum wage, which was last changed in June 2008, is currently EC$4.00 per hour for agricultural and unskilled labour.

In apparent reference to the committee’s report, Minister for National Security and Home Affairs, Rayburn Blackmoore, said recently that the government was in the process of “actually taking the requisite steps and to further adjust the minimum wage as was actually promised before the elections.”

“So the notion that Dominica is the lowest as we speak, is not true,” he said.

However, according to Blackmoore, the government has recognized the need for a further adjustment of the minimum wage.

“As we speak, we have a measure before cabinet looking at the further adjustment of the minimum wage and that will be done as we promised before and we have heard the Prime Minister make reference to that,” the minister said recently on DBS Radio.

But General Secretary of the Dominica Public Service Union (DPSU), Thomas Letang, has said that he is “very disappointed” that the new rates have not yet been implemented given the fact that the committee’s report was submitted through the Labour Division, to the minister responsible for labour, several months ago.

Letang took the opportunity to renew his call for a trade union congress which he believes would have been able to pressure the government to do something about the minimum wage.

He says the only two unions in Dominica that have been actively advocating for a congress are the DPSU and the Waterfront and Allied Workers Union led by Kertist Augustus.

“I believe some people are not taking it seriously. Some people are just pretending to have the interest of working people at heart but they don’t.” he said.” And I believe that what workers in Dominica need to do is to put pressure to bear on those who are at the leadership of the trade union movement and who are not pushing [for the trade union congress] and coming up with all kinds of nonsense.”

The DPSU official said he was preparing a letter to be sent other trade unions on the island inviting them to a meeting later this month, “to revisit the whole question about the trade union congress.”