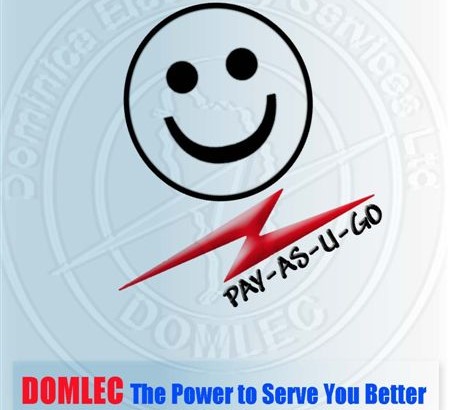 General Manager of DOMLEC, Bertilia McKenzie has said that there was no interruption in energy service to its Pay As You Go (PAUG) customers last week.

She made the announcement at a press conference on Wednesday.

It was reported that From May 22nd-May 27th there was a delay in the reading updates to the Pay As You Go system and as a result customers’ meters were not being read remotely on a daily basis.

“There was no interruption in energy service to customers,” she said. “The reliability and stability of the service was never an issue. Our messaging while the issue was being resolved may not have been as clear as it could have been and we also apologize for the lack of clarity.”

The DOMLEC GM was referring to a notice which the company issued on its Facebook page and other platforms, advising its pre-paid customers “to top up sufficiently” in order to clear accumulated arrears in charges that would have occurred as a result of an interruption caused by works being undertaken on its system.

The Independent Regulatory Commission (IRC) had responded by deeming the DOMLEC notice as unacceptable based on the Dominica Electricity Supply Act and directed DOMLEC to withdraw the notice “until a proper internal review and determination is made on how better to proceed by allowing customers to comfortably pay any arrears or accumulated charges in a manner that is satisfactory and reasonable, both to the IRC and the PAUG customers.”

According to the IRC, the electricity company subsequently withdrew the notice.

“We always strive in our interactions with our customers to be timely, open and accurate at all levels,” McKenzie said at the press conference.

According to her, DOMLEC has pledged to continuously improve, not only in its service delivery to customers, but in how the company communicates with them.

“The customers were charged only for the energy they utilized,” McKenzie revealed. “No overcharging occurred.”

She added, “DOMLEC didn’t disconnect any PAUG customers who were in arrears until May 27th when we were sure that the system was back to normal and operating smoothly.”

McKenzie said DOMLEC deeply and sincerely apologizes to its customers for the inconvenience.

Meantime, Electrical Engineer of DOMLEC, Kurt Savarin said the process or the works that were conducted to resolve the issue took a lot longer than anticipated and revealed that measures are being put in place to ensure that, “ if the system does go down again our response time would be quicker.”

Savarin explained that the devices are read on a daily basis from DOMLEC’s AMI system and on May 22nd the schedule which is responsible for reading the devices didn’t perform as it should, “it was a very poor performance so the majority of the devices did not get read.”

“Some of the devices would have gotten read before the actual 27th as we were bringing the system back up and that is what really caused the issue,” Savarin stated. “ It was server-related and since then we have been applying the recommendations from our support team.”