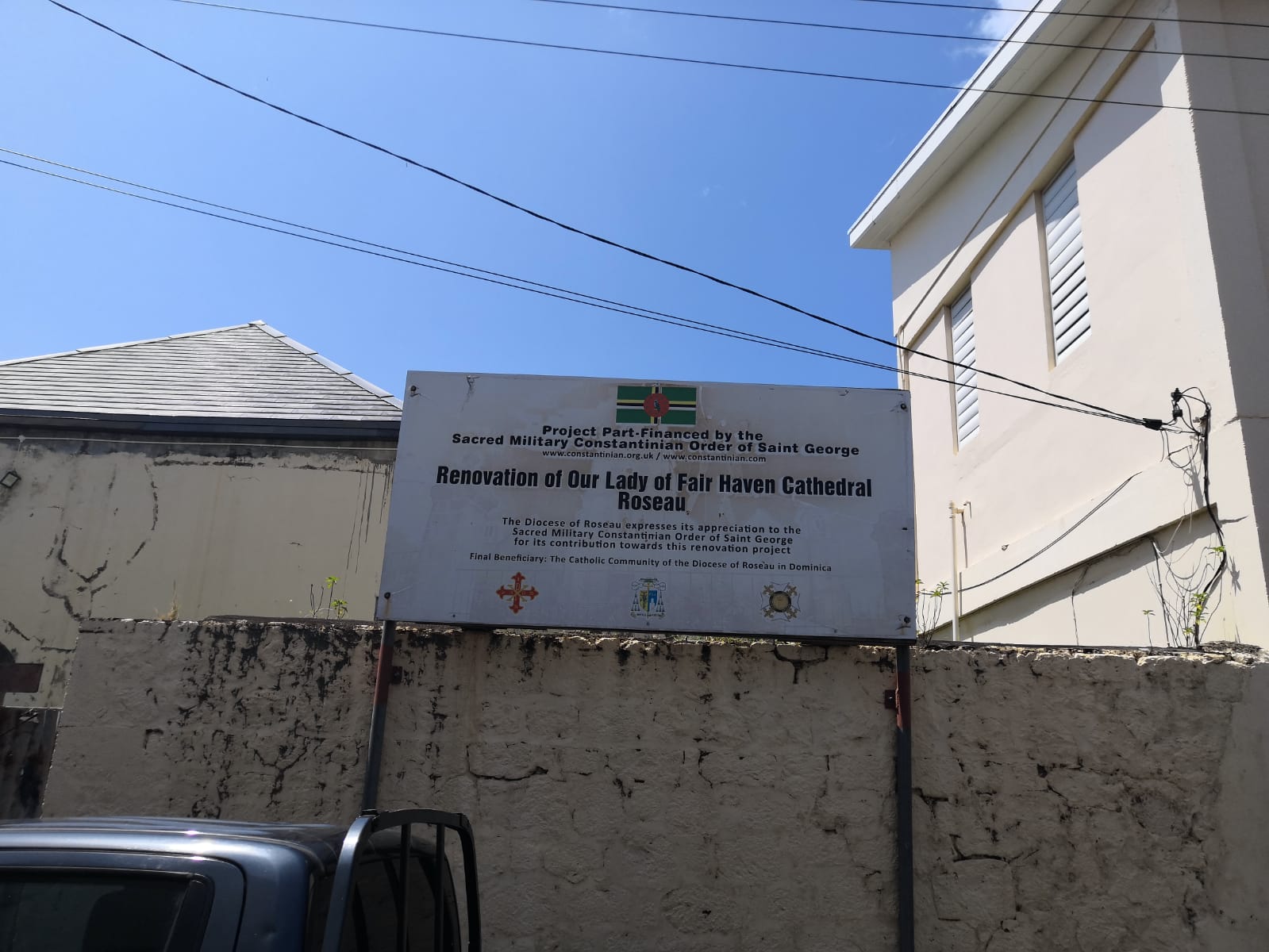 Bishop of the Diocese of Roseau, His Lordship Gabriel Malzaire, has revealed that just over EC$3-Million dollars is needed to complete the renovation work of Dominica’s Lady of Fair Haven Cathedral in Roseau, which has been under repair since 2011.

Speaking during a press conference on September 14, 2020,the Bishop acknowledged that the project has taken much longer than expected, but says the renovation work has been “evolutionary.”

“When we  decommissioned the church in 2012 we thought that  it would have taken about three years to be completed and then we would be back in the cathedral but it has not  been so. The actual renovation project was very evolutionary in a sense as we moved along we saw more things which needed to be done,”  he aired. “So we started with a project that was simply the removal of the termite ridden roof to replace it at a cost of about 2.5 million dollars and that would be it, well that’s what we thought.”

According to His Lordship, as time progressed, other pressing repairs were brought to the forefront, one being the need to secure the structure in the event of a natural disaster.

“After the earthquake that struck two churches in the North we felt there is a need to  do a seismic test- the test for the sanity of the foundation to withstand an earthquake- and the results of that test was the fact that it was thought unsuitable for that kind of roof that we intended to put up and of course the rest of the  building. So the entire foundation of the building had to be retrofitted, it had to be completely changed and that skyrocketed the cost. So we moved from an estimate of 2.5 million to a 12 million dollar estimate,” he told members of the media.

The Bishop went on to highlight that additional delays were experienced with the passage of Tropical Storm (TS)Erika, Hurricane Maria and also from the procurement of material from abroad,  therefore, two years non-consecutively was lost in the process of building.

Meantime, Assistant Diocese Engineer for the Cathedral, Tarik Rolle, publicized that the project which was anticipated to be completed in 2008 is currently at lot seven out of seventeen.

“We started  with the removal of the contents of the church, removal of the asbestos of the roof,  demolition of infested termite roof structure and concrete works, we also did the  supply and erection of the steel frame structure roof frame, installing of the new reinforced concrete flooring and  electrical conduits, fabricating and installing  shutters and door which is the stage we are right now and we’re also doing the retrofitting and the bell  tower and installing of the spire,” Rolle stated.

Uncompleted works included, the ceiling, the joinery works, removal  of termite infested partitions, painting of the ceiling walls,  tiling of the flooring , restoration of the painting murals,  installation of  marble title, a new vestry, installing of timber pulpit and external works.

With the current COVID-19 pandemic, he admitted the possibilities of there being further delays and increases in the cost of the project.

About nine million dollars has so far been spent on the project.