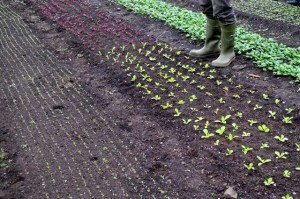 Criticism of Prime Minister Roosevelt Skerrit’s recent announcement that the government was allocating $2-million for feeder roads is unfair, according to a former agriculture minister.

Heskeith Alexander who served as minister for agriculture from 1980 to 1985 in the Eugenia Charles led Dominica Freedom Party administration, says those criticizing the allocation as being too little should take into account the current hard economic times under which the government has to operate.

Alexander said the $2 million was “a good start”, even if it is able to address only some of the country’s feeder roads that help farmers get their produce out of the agricultural areas to the market both local and for export.

The former agriculture minister says he is certain that Prime Minister Skerrit and his government are attempting to source additional funding to help repair the country’s very important feeder roads.

A group of “farmers representatives” who appear weekly on local radio Q95 have been among very vocal critics suggesting that the government is not serious about addressing the feeder road problems which they insist will require much larger sums, as much as “$200 million”, according to one of the outspoken critics.

Alexander said while the former Dominica Freedom Party administration in which he served placed emphasis on feeder roads, it “couldn’t do it all” because of limited resources.

Prime Minister Skerrit announced recently that the government was launching a $20 million road rehabilitation programme, with $2 million of that amount slated for farm access roads.

He emphasized at a recent news conference that feeder roads leading to areas of active farming would be given priority.

“As Minister of Finance in a very tight economy, very tight economic global situation, I shall only approve roads to be redone where there are actual farmers,” the prime minister indicated.

He also expressed concern that a lot of the farm access roads have gone bad “because of the negligence of farmers in this country.  Farmers have to take a greater responsibility for maintaining those roads”.

His critics insist that putting aside only $2 million for feeder roads is a clear indication that the government is not serious about addressing the island’s farm access roads problems.