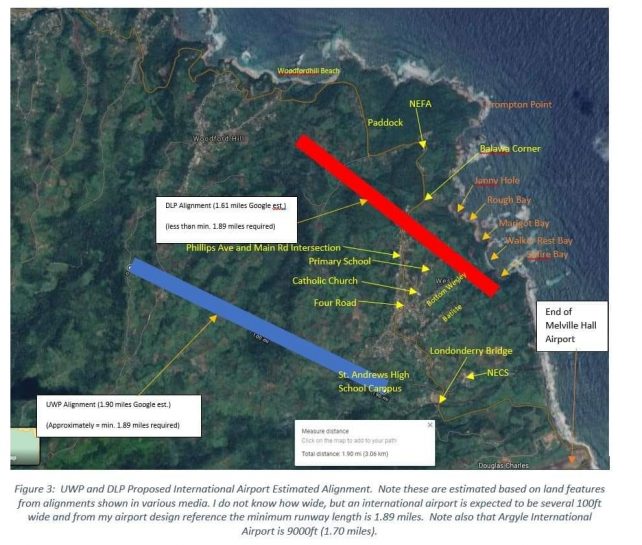 Work is said to be ongoing on the one billion dollar international airport project.

“Work is ongoing, we are building the site offices that is ongoing, work has started,” Prime Minister Roosevelt Skerrit stated on his Annou Pale talk show recently. “The lab is basically completed and all the necessary equipment are on island.”

He mentioned also that there is a final stage of tendering taking place.

“I believe there are 4 companies that have been shortlisted for this project and we will go through the list of the tender documents and make a determination on the award of a contract,” Skerrit revealed.

The one billion dollar contract for the much-talked-about international airport project was signed between the Government of Dominica and Montreal Management Consultant Establishment (MMCE) on June 9th, 2021 signaling the official commencement.

According to Prime Minister Skerrit, during the signing ceremony, the People’s Republic of China has committed to providing support for the construction of the airport but the bulk of the money for this billion-dollar project will come from the Citizenship by Investment Programme (CBI).

He said Dominica will have a modern International Airport, equipped with air bridges, and fully outfitted to receive international passengers and cargo.

The construction project, which will be executed in five phases, is expected to be completed within five years and will be built to meet Dominica’s new resilience construction standards.