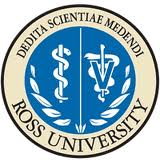 The Portsmouth based Ross University School of Medicine in Dominica has announced plans to expand its operations in Dominica.

Tourism Minister Ian Douglas, who is also the parliamentary representative for Portsmouth, told the inauguration of the new Portsmouth Town Council that the University has unveiled a plan that will allow it to accept some 700 students in the next few years.

“Ross University has announced that it will increase their student population on campus right now to about 2,000 students. That is an addition of 700 students in the area. They will be unfolding a five year plan from 2012. We know that Ross University is the economic anchor. It is the axes upon which the economic buoyancy of Portsmouth and the North revolves. The amount of employment and revenue, not only from housing and accommodation of which 90 percent of the landlords are local, but also revenue from the purchase of other services available in Portsmouth,” he said.

Douglas explained that Ross University has shown interest in providing accommodation for the new students.

He said however this matter is being discussed with government.

“They are saying that their attrition rate among first semester is very high and students who come here for one reason or another get home sick and they would like to be able to put all of the first semester students in one environment where they can provide services and usher them into the university life. We are saying that the school has survived here successfully for 30 years and we are the ones who have provided housing,” he explained.