A book geared at helping in the fight against child abuse in Dominica was launched on Wednesday.

The book. which is said to be “culturally sensitive and very rich in vocabulary,” includes child-friendly illustrations as well as terms which target children as young as the Kindergarten age group

“The book covers not only child abuse, the different forms but it also speaks of the safe and unsafe touches, it speaks of the safe and unsafe secrets, it speaks to bullying, who are strangers, how children can protect themselves from abuse, who should they report to,” the author stated while addressing the launching ceremony held at the Dominica Public Service Union. “It also includes a puzzle for the children.”

According to her, students from various primary schools, including the Sineku Primary School, Goodwill Primary and St Martin Primary were targeted during the testing phase of the book.

“The testing was done with questionnaires, asking the children certain questions and of course, bringing the testing copy of the book to the children, that they would go through it from cover to cover, page by page and tell us what they think,” she explained. “It was based on their feedback that we have the final draft today. We wanted to ensure that whatever they thought that should be added or should be removed was indeed removed, and what should be added was added.

She said the feedback from the students was incredible and it was ensured that each picture in the book tells a story.

“So if in case the child who picks up this book cannot read properly, but looking at the picture they can understand what is happening,” she stated.

Meantime, Acting Chief Education Officer, Melena Fontaine said the book will help to enlighten children about child sexual abuse, “and will give them the strategies to help protect themselves.”

She noted that the book will also help teachers address the troubling issue of violence against children and in particular child sexual abuse.

“As a nation it is our duty to review and put in place the necessary legislation, policies, structures, reporting and referral mechanisms to address violence against children within the homes and also within our institutions,” Fontaine said.

One thousand copies of the book were published and have been distributed to every primary school on the island.

At the ceremony books were presented to students of the Goodwill Primary, Sineku Primary, St Martin Primary and the Ministry of Education.

Technical and Financial support for the book were provided by the United Nations Children’s Fund (UNICEF) and Artistic Concepts, Cover design, and illustrations by Errol Evelyn. 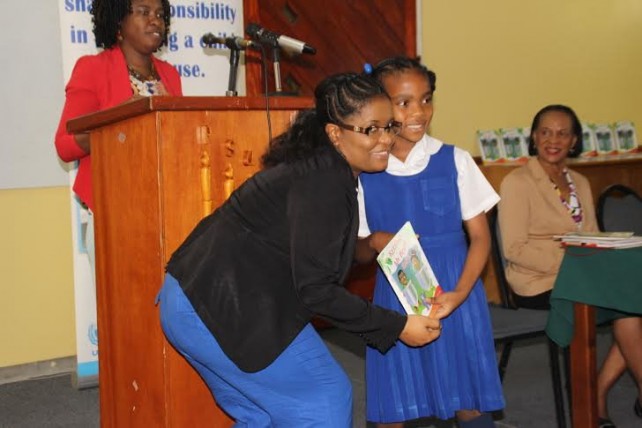 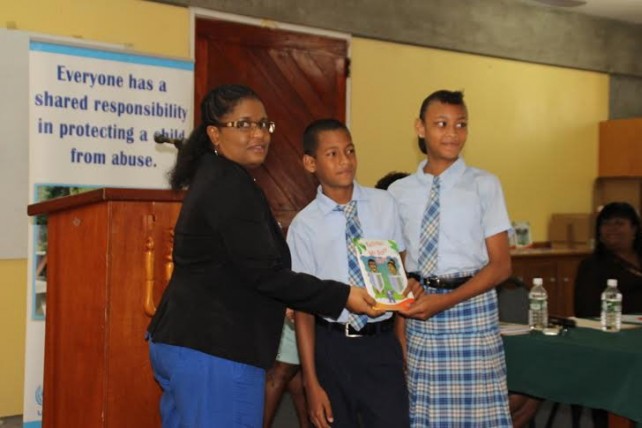 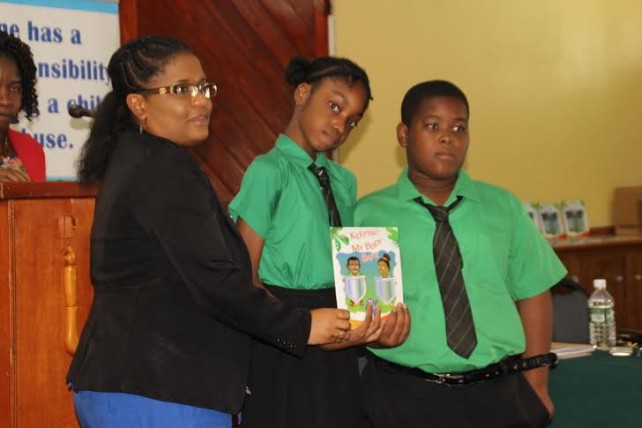