Students of the Bright Beginning Centre (BBC) in Roseau brought in a variety of food items to the school on Thursday as part of observing World Food Day.

Principal of the institution, Joycelyn Graham-Laronde, told Dominica News Online (DNO) the the food items collected will be given away.

“At our school we have all of our students bringing in a food item today and whatever is collected today will be given to a needy institution on island,” she said. “As you know all around the world there are people who are really in need and right here in our own homeland, Dominica we have a lot of people who are in need of food…”

World Food Day is celebrated annually in honour of the date in 1945 that the Food and Agriculture Organization of the United Nations was founded.

According to information from the International Business Times, earlier this year the UN food agency warned that the number of starving people in the world is as high as 805 million, or one in nine, despite the overall figure falling by more than 100 million in the past decade.

An estimated 26 percent of the world’s children have had their growth stunted due to malnutrition, and two billion people suffer from one or more micronutrient deficiencies as a result of not eating a varied diet of protein, vitamins and minerals.

Overall, there have been improvements from last year, when the report showed around 842 million people went hungry – but there is still work to be done to end food insecurity.

The theme of this year’s observance of World Food Day is “Feeding the World, Caring for the Earth”. 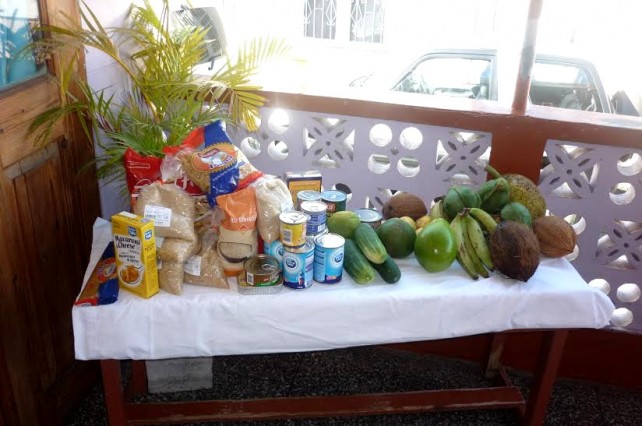