The Symposium was held in Aime Cesaire Cultural Park, in the capital city on 16th January, 2016 under the theme International theme, “Recognition, Justice and Development.”

The Youth Ambassador’s representation at the event was made possible by Chair of Dominica’s National Reparations Committee, Dr. Damien Dublin.

Pierre is also an executive member of the National Youth Council of Dominica and has been involved in the African Day Planning Committee and facilitation of the Sustainable Development Educations Programme, where primary and secondary school students are educated on the main pillars of Sustainable Development, including Reparation and Culture and Identity Awareness.

The NYCD expresses its thanks to Dr. Dublin for ensuring that there was an active youth voice at such an important cultural event.

The International Decade for People of African Descent, proclaimed by General Assembly resolution 68/237 and to be observed from 2015 to 2024, provides a solid framework for the United Nations, Member States, civil society and all other relevant actors to join together with people of African descent and take effective measures for
the implementation of the programme of activities in the spirit of recognition, justice and development.

In light of the aforementioned, the Martinique National Reparations Committee has utilized this opportunity by hosting the International Symposium on the theme “People of African Descent: Recognition, Justice and Development.’’ With the objective of generating discussion between regional and international partners as to charting a way forward.

Pierre made a presentation at that symposium on the initiatives implemented in Dominica, notable;

1. The Governments of Dominica support in the appointment of the National Reparations Committee and support for Africa Day Week Celebration, through the Ministry of Youth, Sports, Culture and Community Development

2. The gains made by the Rastafari Community

3. Youth involvement through the NYCD, Dominica 4- H Club and other civil society organizations Representatives from the United Nations (UN), European Union (EU) and the Caribbean Pan African Network (CPAN) were present to give an overview of programs implemented towards the International Reparation Movements.

Representatives from Dominica, French Guyana, Barbados, Trinidad and Tobago, Guadeloupe and Martinique were present to highlight national initiatives and to share ideas.

The UN adds that the decade is also a unique opportunity to build on the International Year for People of African Descent, which was observed by the international community  in 2011, and to further underline the important contribution made by people of African descent to our societies and to propose concrete measures to promote their full inclusion and to combat racism, racial discrimination, xenophobia and related intolerance. 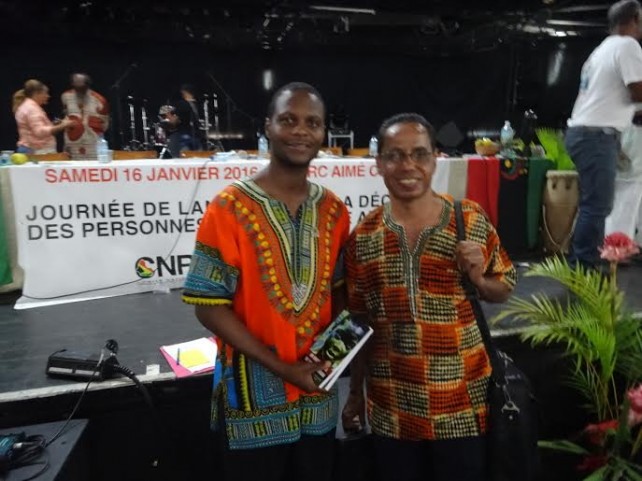