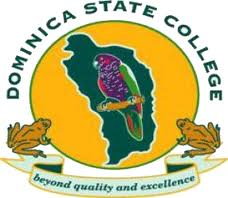 With the new Dominica State College (DSC) opening its doors to the new academic school year in about two weeks, Prime Minister and Minister of Finance Roosevelt Skerrit has announced that his government has created a new system of financial aid at the institution to assist students.

Speaking on Kairi’s Heng program Skerrit said the new system will be jointly managed by the college and the ministry of education.

“We will be creating a system at the Dominica State College of financial aid where we will be giving the college a certain amount of money every year and that will be managed by the college and the ministry of education jointly,” he said.

He went on to say that students will apply for this financial aid, similar to the way it is done in the United States.

“It will be a special programme called Special Aid and the president of the college will present the minister with how he is going to manage it, with the forms that will be filled, the applications and so forth and once the minister approves it, I am prepared, as the minister of finance, to make the money available,” the prime minister said.

Skerrit noted further that in the interim government will still support the payment of tuition fees on behalf of the students.

The Finance Minister pointed out that often the list of students the college has in its possession, differs from that of the ministry of education and the college always has a higher amount owed to it.

This is due to the fact that the college has more students on its list, some of whom the ministry of education does not know about, the prime minister said.

Skerrit advised students to go through their parliamentary representatives or go through the ministry of education if and when they need assistance.

He pointed out that students should apply for assistance properly so that the ministry of education can inform the college of the students whom they will be paying for.