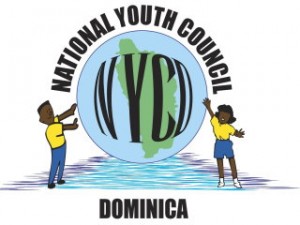 The National Youth Council (NYC) plans to launch five major initiatives in the month of March.

President of the NYC, Jahisiah Benoit, said March will be a very dynamic month for the Council.

The NYC’s website will be among the initiatives to be launched, he said.

“So it will be online pronto, it will disseminate information but more importantly to receive input from youth across the country,” he noted.

Benoit said there will be the official launch of the Council’s new office located at Kennedy Avenue and this is a significant achievement for the NYC.

“Coming from an office where we couldn’t facilitate a workshop or a proper meeting, we now have a very spacious facility,” Benoit stated. “We can host workshops there, we can facilitate the work of our media team there and still have space for an administrative block. So we think that is a landmark achievement and we hope to launch it in March.”

He stated further that the NYC is planning to establish a ‘Quarterly Youth Caucus.’

“We set off with an initial goal of establishing the National Youth Parliament, however based on discussions with relevant agencies we realized that there is already a Mock Parliament as well as several other areas that youth can voice their key concerns in respect to national issues,” Benoit explained. “So we have opted to host a Quarterly Youth Caucus at which District Youth Councils and leaders of youth organizations across this country can have a very constructive dialogue and reporting session and then, chart a way forward for the next quarter.”

He revealed that two television programs are also on the cards which follows the Council’s first television program “Youth, Camera, Action” being aired on Marpin Channel 5 every Wednesdays from 8:30 pm to 9:30 pm for one year so far.

Benoit said the program will be broadened to GIS and Digicel Play with the debut of ‘Youth Pulse’ and ‘Youth Dock’ to be aired in March.

“So everyone will be able to on a weekly basis get relevant information and updates from the National Youth Council and more importantly be able to disseminate their information in respect to Youth Empowerment to the general public,” he stated.