Coordinator of the DYBT, Kerry-Ann Remie-Timothy said during the DYBT 13th Annual Graduation and Awards Ceremony held at the Goodwill Parish Hall that the program ran from April 24 to May 19.

“Today certification will be awarded to 22 young people, 15 young men and seven young women between the ages of 18 to 35, who participated in the 11th programme from April 24th to May 19th 2017,” she stated.

She said it included a one-week residential, weekday sessions, as well as tools and skills needed to establish businesses.

According to Remie-Timothy, the programme compromised of 56 sessions which were conducted by a competent team of committed facilitators.

“The attendance participation and interest among the participants were commendable,” she stated.

She noted that the DYBT also certified 41 young entrepreneurs, 25 females and 16 males who are part of the 18th and 19th cohort of the three-day Small Business Assistant Facility (SBAF).

“These entrepreneurs have already established businesses but took the opportunity to receive training to strengthen their skills and services, and product offering,” Remie-Timothy stated.

She went on to say that during the year the trust held several other training exercises in public speaking and business teaching, social media marketing…bookkeeping, food safety and standard in food processing.

“Fifty young entrepreneurs, 19 males and 31 females capitalized on this opportunity for additional training,” she pointed out.

She said the passage of Hurricane Maria in September last year curtailed the activities and lives of many Dominicans and DYBT was not spared.

“Consequently the 2017 13th DYBT Graduation and Awards Ceremony had to be postponed and today we are pleased to be able to highlight some of the achievements of the trust for 2017,” Remie-Timothy explained.

She mentioned that in 2017 the government of Dominica presented $1-million to the trust in an effort to support the continued training of the trust programme.

From its inception in 2004, to-date the trust has trained over 1,000 young people in various areas of business and self-development skills and supported over 500 businesses. 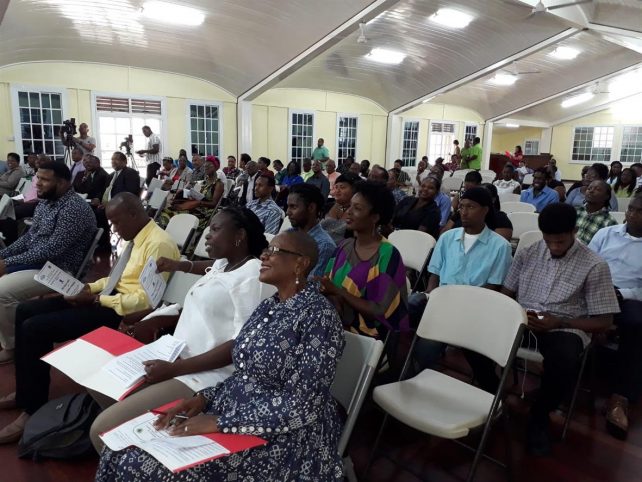 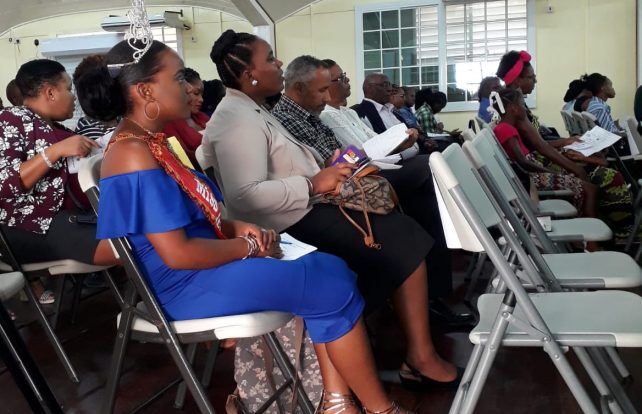