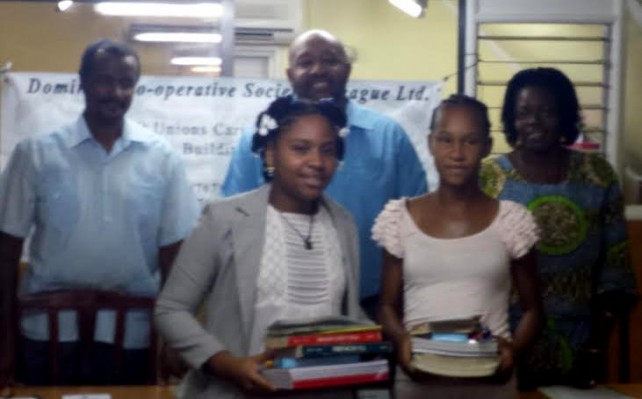 The Dominica Co-operative Societies League continues to place strong emphasis in the area of education, hence the introduction of a second scholarship in 1994, the sister Alicia jubilee scholarship based on need. Sr. Alicia was the founder of the credit union movement in Dominica.

To date 21 full scholarships have been awarded based on need.

This year Donyelle Precious Riviere of the St. Martin Primary School is the 2014 Awardee of the Joffre Robinson scholarship based on merit.

Shania Thomas of the Petite Soufriere Primary School is the 2014 Awardee of the sister Alicia scholarship based on need.

The League takes its Social Responsibility very seriously and hence reason for investing in the young minds who are the future leaders of the Movement.

The Scholarship covers:
100% school fees
100% Books & stationery
Uniform allowance $250 in the 1st and 3rd year
100% Examination fees
Commuter allowance – $50 per month. (Students residing within ½ mile radius of the school being attended will not receive a commuter allowance.)