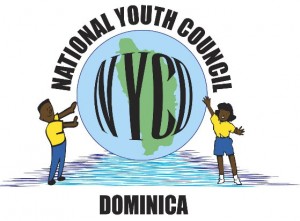 In an effort to explore solutions to some of the problems facing the island’s youth, a symposium will be held in Roseau on Tuesday under the theme “Sexual Stigma/Discrimination + SocialGood.”

It is expected to give young people the opportunity to openly discuss the issue of sexual orientation, stigmas and discrimination and as well as an emerging issue of pornography among the Dominican youth.

The symposium will also seek to identify avenues to tackle the issues in relation to peer education, public awareness and education and to garner the support of other supporting agencies who can give direct assistance to young persons who want to tackle the issues of sexual stigma and discrimination.

Expected Outputs from the Youth Meet-Up include:

● One-day meet-up with stakeholder and participants – One day meet up will be conducted to engage young people on important issues affecting them particular sexual stigma and discrimination and the emergence of pornography among the youth population. Audience will ask questions and make comments on what will be presented;
● Communiqué- To create and promote three, thirty-second videos that raise awareness about the negative impacts/effects of sexual stigma and discrimination. This communiqué will be termed the “what if” campaign and be highlight the negative consequences of stigma, discrimination as well as youth pornography (job prospects, relationships, etc);
● Set up of a youth task force to raise awareness of these issues in traditional media (television and radio) as well as through the schools and youth groups;
● Process documented- the process and showcase will be filmed, documented and edited. A written report will also be presented to the UNDP about the symposium.

All young people are invited to attend the symposium which will take place from 4:30 pm at the Roseau Youth Center on High Street (behind DOWASCO).

It is being held by the UNDP Caribbean Youth Think Tank in collaboration with the National Youth Council of Dominica.