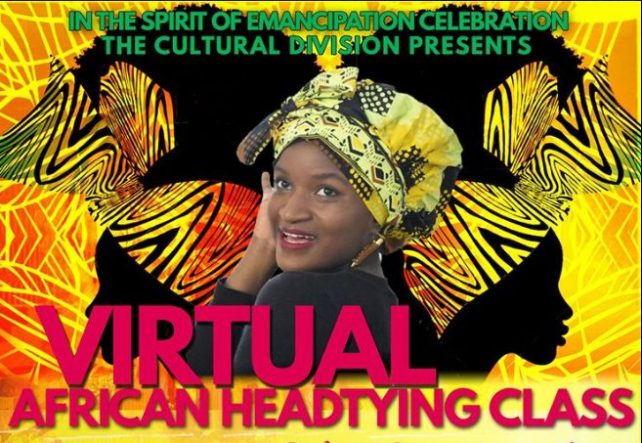 Chief Cultural Officer Raymond Lawrence has announced that due to the COVID-19 pandemic, this year’s Emancipation Celebrations will be showcased with a difference.

Lawrence told Dominica News Online (DNO) in an interview earlier this week that most of the activities this year will be featured online via the Cultural Division Facebook page.

The celebrations officially began on Sunday, July 26th with a thanksgiving church service at the Grandbay Catholic Church which he said was very well attended by people in the south.

The service was officiated by Catholic Priest Father Brancker John.

“Because of the COVID situation, most of our activities will be online, especially on the Cultural Division Facebook page,” he said. “So from last week, we started to feature some of Dominica’s cultural icons, those include Ophelia Marie, Chubby [Phillip Mark], Rah [Derrick Peters], Adriana Henderson, Pearle Christian, Athena Darroux, Gilles Carbon Jno Baptiste, Vanessa Winston and Paul Lewis.”

He said there will be a panel discussion live via the Cultural Division Facebook page on Wednesday, July, 29th on the topic: The African Influences on our Dominican Culture.

The panelists include Dr. Lennox Honychurch, Clementine Affana, Raymond Lawrence, and the moderator will be Sonia Magloire-Akpa.

The activity is expected to begin at 6:00 PM.

Lawrence mentioned also that every day this week, the Division is featuring on its Facebook page, different fashion designs from some of Dominica’s fashion designers.

“The fashions are themed around African styles and creole styles,” he explained. “We were able to video their models and their outfits and we are showing them every day this week.”

He added that persons can log in to the Facebook page and they will also see on a daily basis, different poems based on the theme of emancipation by Dominican poets.

Other activities will include an art showcase, live on Facebook from 6:30 PM on Thursday 30th July, featuring the works of local artists. Friday 31st July will be Emancipation Dress Day where the public is being encouraged to dress up in either Creole or African wear to embrace Dominica’s cultural identity.

“The Final day for the programme, …is Saturday the 1st of August which is Emancipation day,” Lawrence stated. “We will have an address on the radio – on our Facebook page as well – an address by the Minister for Culture, the Honourable Roselyn Paul.”

The programme for that day also includes a Virtual Bélé and Drumming Festival from 5:00 PM live on Facebook.”

Drumming sessions which started last weekend are also being held at different times in various communities.

He said the Cultural Division is happy with the response that has so far been coming from the public.

“We know that they are participating and in fact, we are very happy about the response so far,” he noted.

He is hoping that this week, the interest will continue in the various online activities.

The theme for this year’s Emancipation Celebrations is “Giving Thanks, Building Hope and Celebrating Possibilities.