“The truth will make you free, make you freeeee”, resounded in one collective refrain from a mud-filled, rain sprinkled New Town Savannah on Saturday night as thousands of calypso lovers joined the Bobb as he threw off the shackles that had so far kept him from becoming the calypso monarch of Dominica.

A compelling, masterful performance of his popular song “The Truth” and solid rendition of his second round song “When people Doh Like You” released the veteran performer from several close encounters with a shot at the coveted title that continued to elude him.

He had finally won the crown after a 17-year journey in calypso competition.’s

Eight-time monarch, Dice came a close second followed by Tasha P in 3rd and Sye in the 4th position.

2017 monarch, Karessa, removed himself from contention when he aborted his first round performance. He was not allowed to sing again in that round and did not appear in the second round.

Three of the four calypsonians- Bobb, Dice and Sye performed songs which were written by top, prolific calypso writer Pat Aaron. DNO understands that Sye’s “Release Supplies” was penned by another writer. 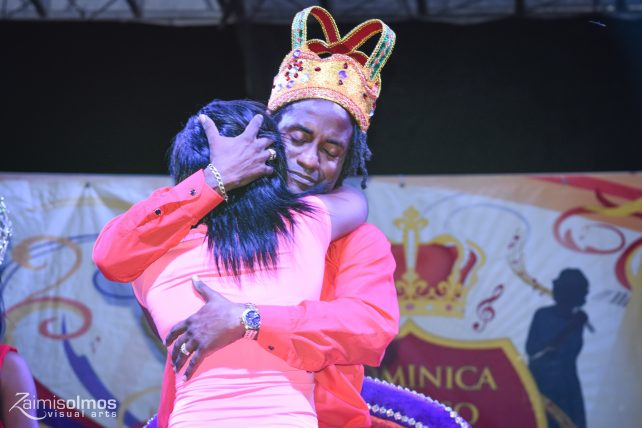