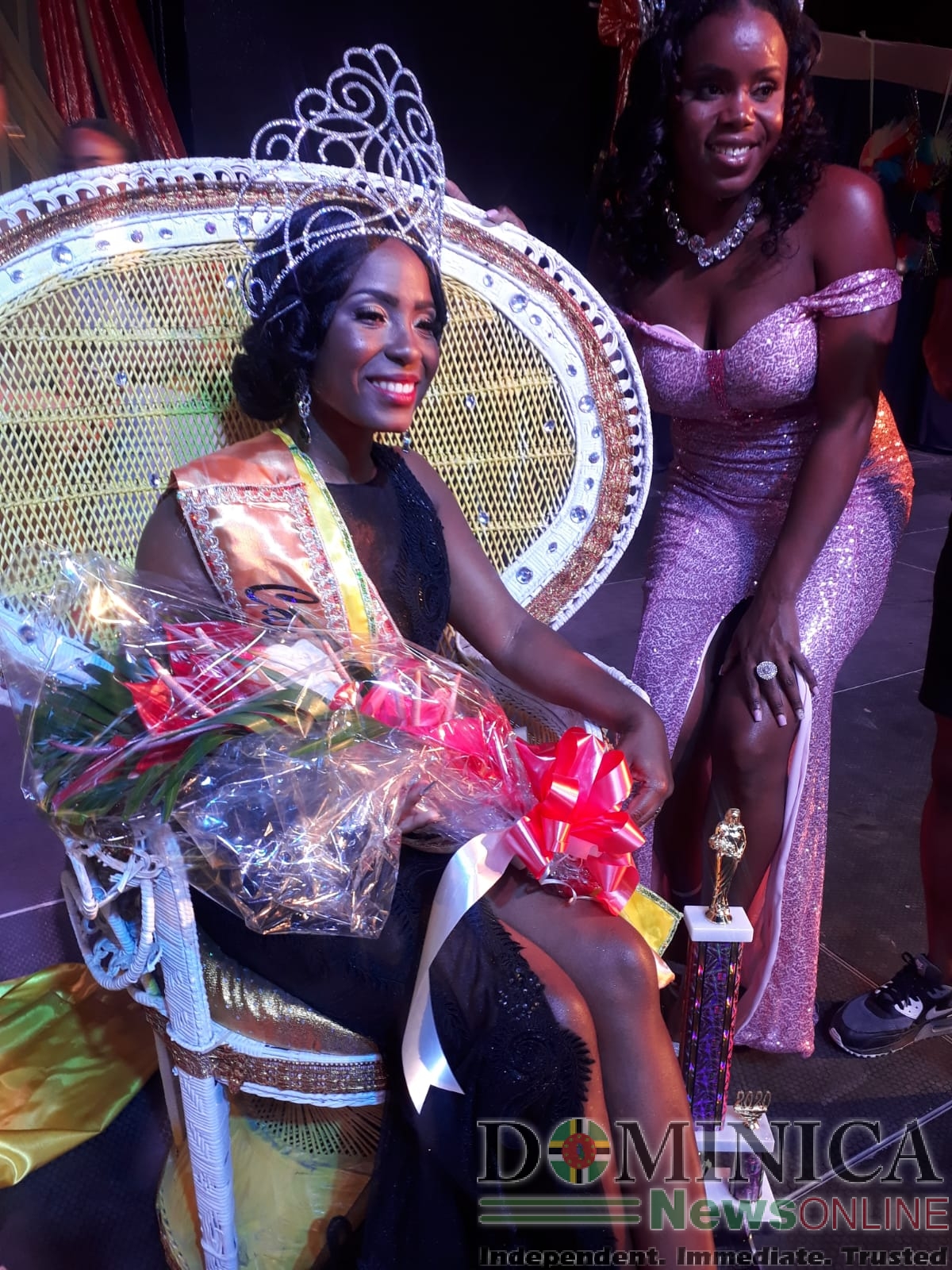 “I am extremely elated and proud of my achievement.”

Newly crowned Mother’s Queen, Delma Daniel, uttered those words shortly after she had outshone five other contestants to win the title at the show held at the Windsor Park Sports Stadium forecourt on Saturday night.

The 38-year-old won the awards for best performing talent, best in swimwear and best response to question.

Daniel told Dominica News Online (DNO) during an interview that she had confidence in herself and believed the performing talent and question & answer segment gave her the edge.

She encouraged any mother who wants to participate in the Mother’s Queen Show to go for it.

“You learn so much from the experience,” she stated.

Daniel is a clerk at the Pichelin Village Council.

Nikita Orzan Durand of Dublanc secured the 1st runner-up spot. She received the awards for Miss Amity, Miss Photogenic and Best Evening Wear, while the 2nd runner up position went to Veda Phillip who represented Newtown/Goodwill.