Born and raised in Dominica, yet currently resides in Houston Texas, Leanne Morancie represented the island in the Miss Caribbean Houston Cultural Extravaganza.

She was also awarded Best Traditional Wear, Best Costume, Best In Costume and Best In Swimwear.

Morancie grew up in the community of Grand-Bay and she attended the Goodwill Primary School and also the Convent Prepatory and High School for some time. 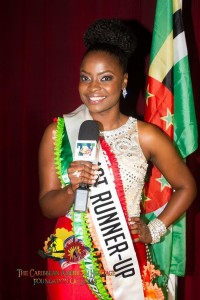 According to Morancie, she’s participated in several cultural activities for the Convent Prep and High School and has a passion for “dancing.” She stated that dancing is one of her favourite things to do.

At the age of 12, she migrated to Houston, where she now utilizes her passion to fuel her business partnership ‘OooLaLa Promotions’ structured in ways designed to ignite the youth here on the island. Though it was her first time, she sought to promote Dominica’s unique cultural heritage while going up for Pageantry.

“I believe that I am very dedicated in everything that I do. I am very assertive and I am also tolerant, on day to day basis I promote Dominica as a hole. Through my promotional portal ‘OooLaLa’ and the ‘Stay Golden’ campaign, where I already connect and promote the gifts and talents of our youth, I offer inspiration and the importance of creative expression in Houston and home, here in Dominica,” she said.

On the day of the competition, Morancie voiced that she hoped to express the love she carries for everything that is artistic. And, at the same time, allow others to realise that they can FLY, {First.Love.Yourself} and can be imaginable and create anything they have a passion for or love.

“I wanna bring a difference, a change, its culture. I’m all about culture and I wanna be able to express that.” She said.

Leanne has the opportunity to forward to the bigger stage in New York City at the Miss Caribbean United States Pageant 2016. Although aware of the challenge at hand seeking to represent one’s country in another foreign land, with her platform of Youth Empowerment and Development, she strongly voiced that she has what it takes in creating that reality while inspiring others along the way. 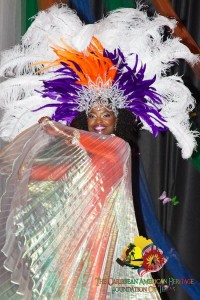 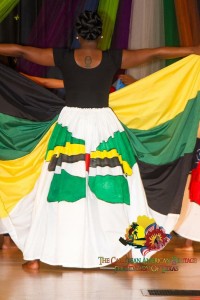